A defiant streak runs through Patricia Rozema’s Mouthpiece that feels more pronounced and pressing than in her previous works. Like a long brewing storm about to hit an unsuspecting town, there is a fury within the film that is riveting to observe.

Adapting the award-winning stage play by Amy Nostbakken and Norah Sadava, Mouthpiece is a tale of identity, gender and family bonds. When Cassie’s mother, Elaine, dies unexpectedly, the 20-something writer has 48 hours to get the funeral plans together. Barely coping on the best of days, the passing of her mother, and the resulting pressures associated with the aftermath, sends Cassie down a rabbit hole of memory and grief.

Adding to the stress is Cassie’s determination to deliver the eulogy at the funeral, a major point of contention between her and her family. With the infamous “Christmas party incident” fresh in all of their minds, her family fears that she might not be in the right mental state for such a task. Truth be told, despite her claims otherwise, Cassie herself is not sure she can handle the weight of such responsibility.

Finding inventive ways to present the various aspects of Cassie’s mind, Rozema’s film effectively conveys the complex mixture of emotions and thoughts that define what it means to be a woman in society. In doing so she makes Cassie feel like a living soul rather than merely a character in a film. Even when Mouthpiece drifts into brief moments of fantasy, one never loses sight of everything Cassie is going through. 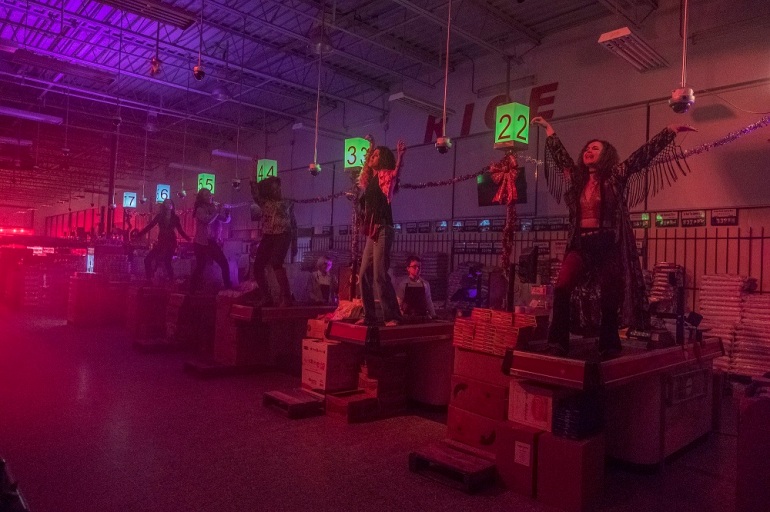 The inner conflict and contradictions that Cassie wrestles with not only bring out the rich textures of her personality, but also adds additional substance to her relationship with her mother.

Rozema is a master when it comes to telling stories about women rebelling against societal expectations. She proves this again here through the fascinating and different ways the notion of female empowerment manifests in Cassie and her mother. Cassie’s frustration with the rampant sexism in society, that is found in everything from a friend’s joke to the expectations surrounding what clothing is feminine enough, only further fuels her rebuking the patriarchal system that others use to define her. A system that her mother, in Cassie’s eyes, seemingly adhered to when she put off her own literary pursuits to raise Cassie and her brother.

Of course, what may look like conformity from the outside takes on a different perspective when Rozema, through flashbacks, provides a clearer portrait of key moments of Elaine’s life.

It is in these specific mother-daughter moments from Cassie’s youth that the script by Rozema, Nostbakken and Sadava really hits home. These scenes poetically display that the female experience is not a monolithic thing, but rather something rich and vast. A point further enhanced by wonderful performances by the likes of Nostbakken and Sadava, whose exact roles won’t be spoiled here, and Maev Beaty.

Mouthpiece is an absorbing, complex and vibrant portrait of the female mind that refuses to be placed into any one box. When Cassie’s mother advises her to “always use your voice” one gets the sense that she is not only empowering her daughter, but women everywhere.