Cinema Axis is based in Toronto, Canada with contributors hailing from various parts of the United States, India and Australia. Founded in 2013, Cinema Axis is a website dedicated to all things film. Covering a wide spectrum of films from mainstream to independent, we aim to present reviews, commentary, and general film news and discussions in a thoughtful manner. We thank you for taking the time to visit the site and hope you will continue to join us as we explore our passion for cinema.

Interested in writing for Cinema Axis?: Join the Team

Courtney Small
The founder of Cinema Axis, Courtney is a Rotten Tomatoes approved critic who also contributes to In the Seats and That Shelf. He has written articles for Leonard Maltin, Comix Asylum Magazine and Black Girl Nerds. He can be regularly heard discussing film on the radio as co-host of the program Frameline. Courtney also frequently celebrates diversity in cinema as the hosts of the Changing Reels podcast. He is a member of the Online Film Critics Society and the African American Film Critics Association
» Twitter | Facebook | Letterboxd

Carolyn Mauricette (aka. rmpixie)
From an early age, Carolyn Mauricette has been enthralled with horror movies, Dr. Who, and Claymation holiday specials. She is a Rotten Tomatoes approved critic who writes about genre films from a woman of colour’s perspective at View From the Dark and is a programmer at the Blood in the Snow Canadian Film Festival. Carolyn is also an author whose contributions can be found in publications such as Women in Horror Annual and The Encyclopedia of Japanese Horror Films. She has written pieces on diversity and women in sci-fi for Graveyard Shift Sister, Rosemary’s Pixie and contributed to The Geeko. Carolyn is a member of the African American Film Critics Association
» Twitter | Facebook

Jessica Rogers
Jessica is an Adjunct Professor at St. Lawrence University. When not educating young minds, she loves to indulge in one of her favorite activities watching and discussing films. No stranger to the film blogging world, Jessica was the creator of the blog Insight Into Entertainment and co-creator of the Reel Insight blog. Jessica can also be heard monthly on the Reel Insight Podcast analyzing films from the past and present.
» Twitter | Letterboxd

Mischa Jackson
Mischa is a freelance writer from Mississauga, Ontario. A storyteller and self-proclaimed entertainment junkie, she has a background in journalism, tv production, talent management and public relations. So far on her journey, she’s co-produced an episode of TVO’s The Agenda with Steve Paikin, acted as an accredited publicist at TIFF (2016), and her written work can be found on platforms like The Inside Agenda Blog, The TV Addict, and Black in Canada (formerly Who’s Who in Black Canada).
» Twitter

Jamie Taylor
Jay is a therapist by day (specialty: crisis counseling), an event planner by night (specialty: glam weddings), a dog cuddler by choice (specialty: her four pups, Herbie, Gertie, Fudgie, and Bronx), and a movie critic in whatever time is leftover (specialty: independent movies, young filmmakers, women in film). She is undefeated in her Oscar pool, resents comic book movies to high heaven, and luxuriates in presenting her opinions as fact. When she’s not pounding the keyboard at Assholes Watching Movies or throwing sass on Twitter, she’s either travelling the world with her hunky husband Sean or obsessively redecorating her home in Ottawa.
» Twitter | Facebook

Matthew Paradis
Matt was first captivated by a film back in 1985. He was four years old and the film was Follow That Bird. “What’s a movie?” he asked his mom. “Don’t worry, she said. “You’ll like it”. His tastes may have changed since the 80s but his passion hasn’t and, with Assholes Watching Movies, has finally gotten to work with people who not only share his enthusiasm but his grouchiness. When not watching or reviewing movies, he can usually be found reminiscing about the good old days of video stores.
» Twitter | Facebook

Sean Taylor
Sean is an amateur cynic and an avid moviegoer who is trying to earn his wings as an Assholes Watching Movies. Some might view him as a specialist in fanboy reviews of superhero movies, but Sean also devours film festival fare every chance he gets. Fitting somewhat with his scattershot interest in movies, Sean’s educational background can best be described as perplexing, as it includes a B.A. majoring in Physical Education and minoring in Mathematics along with Bachelor’s and Master’s Degrees in Law. Sean keeps busy practicing as a lawyer in Ottawa and travelling with his wife Jay as much as possible, but still manages to find time to regularly rant about movies.
» Twitter | Facebook

Jordan Dodd
Jordan Dodd likes to refer to himself a professional obsessionist, as anything that takes his interest becomes an obsession. Also a drummer and an aspiring electronic musician, this self-proclaimed “epileptic alien” resides in Adelaide, Australia where he enthusiastically writes about movies, while also working on a book about his time spent in a rehab facility that was not what was advertised. Jordan also writes about film on his own blog Epileptic Moondancer
» Twitter | Facebook

Matt Trzcinski
A graduate of Tufts University, Matt Trzcinski earned a degree in Film and Media Studies and a minor in English. He has been a film critic since 2012. He has studied film criticism under Ty Burr, longtime film critic for The Boston Globe. His work has been published in Screen Rant, Taste of Cinema and capenews.net.

Barbara Goslawski
Co-host/producer of the radio show Frameline, Barbara is a freelance writer and film critic with 30 years of experience. She has contributed to numerous dailies and magazines including The Globe and Mail, The Canadian Film Encyclopedia, Box Office Magazine as well as to several books. A veteran of the Canadian film industry, Barbara has worked in many key areas including distribution and programming, and has also served on various festival juries.
» Twitter 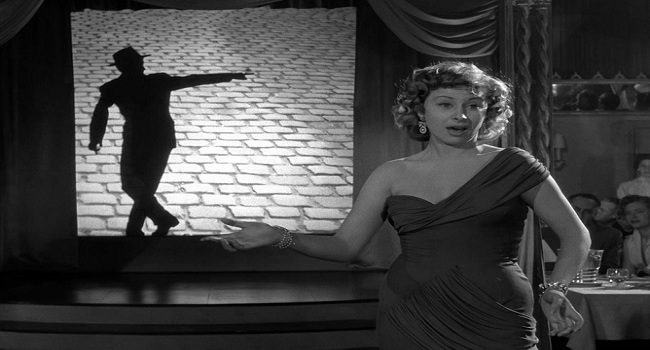 Daniel Lackey
Daniel Lackey has many unpopular opinions on film, and has been sharing them with the world since 2010, when he co-founded Forced Viewing . These days, in addition to contributing to FV and its podcast, he runs his own site, Lackey Writes About Film. A native of the Chicago area, Lackey’s other interests include writing three-sentence autobiographies and complaining about how Doctor Who isn’t as good now as it was in the Seventies. Daniel is a former member of the Online Film Critics Society
» Twitter | Facebook| Letterboxd

Derek Jacobs
Derek is a molecular biologist born in Colorado and currently living in Madison, Wisconsin. In the free time that he has between planning and performing experiments, he loves watching all manner of movies, keeping up with movie news, and blogging about his opinion on film. When not contributing his pieces to Cinema Axis, you can find him blogging at his own personal film blog Plot and Theme. More than anything else, he is interested in the techniques used to effectively tell a story in the visual medium of film, and seeks to critique film with those techniques in mind.
» Twitter | Facebook

Norman McGlashan (aka. Francis McKay)
If you have ever attended the Toronto International Film Festival (TIFF) then chances are you have had a conversation with Norman. A long time film lover, Norman is known for his ability to strike up a film discussion with pretty much anyone in line. In 2012 he decided to try his hand at sharing his thoughts on film with the online world by creating his own film blog. When not contributing to this site you can find him writing on his own blog, Flick Hunter.
» Twitter

Michael McNeely
Michael McNeely is an accessibility and entertainment critic. As he is deaf-blind, subtitles are essential when enjoying a film, and he thinks they should be mandated for everyone who benefits from their usage. He enjoys all kinds of films and is attempting to see all the good ones.

Jenny Treash
Jenny is a Journalism graduate, with a focus on entertainment broadcast, whose passion for film was spawned by 80’s cinema. Over the years she coupled her love of film with her passion for writing. In 2011 she joined the website Big Thoughts from a Small Mind contributing both reviews and articles that provided an in depth look at many beloved actors. Her work on that site not only showcased her talents as a writer, but also showcased her keen ability to both get to the core of a topic and generate insightful discussion.
» Twitter | Letterboxd

Dan Heaton
Dan Heaton started writing about movies after taking college film courses and realizing it was a lot easier than analyzing literature. He lives in St. Louis and puts his Journalism background to good use on his blog, Public Transportation Snob. Dan spends his time on the blog digging into cinema from the past through movie marathons while keeping an eye on new films. He also blogs about Survivor for Rob Has a Website. His previous writing includes covering movies and TV for sites like PopMatters and Sound on Sight.
» Twitter | Facebook| Letterboxd

Steven Flores (aka. ninvoid99)
Hailing from Smyrna, Georgia, Steven is a film buff and music critic who is more interested in daring yet provocative pieces of art. Also known by many in the online world as “thevoid99”, Steven has been sharing his reviews and commentary on both film and music with others for quite some time. You can find his thoughts about music at the blog The Void-Go-Round. His thoughts on all things film can be found on his own blog, Surrender to the Void.
» Letterboxd

Rituparna Borah
Rituparna hails from the beautiful countryside of Assam in North-eastern India. After graduating with a degree in Sociology from Jawaharlal Nehru University, New Delhi, she opted to carry out her independent research in the fields of social ecology, contemporary social theory and world cinema. Her love for life comes from travelling, tutoring kids, and working as a farm hand. Rituparna is also a regular contributor on world cinema at Cafe Dissensus and her writing can also be found on her blog Halftones.
» Twitter | Facebook

Ashlee Blackwell
Ashlee is a sociocultural media writer from Philadelphia with a BA in American Studies and an MA in Liberal Arts: Media & Cultural Studies from Temple University. She’s the founder of Philly Loves Women In Horror, a film screening event that showcases films by women horror filmmakers and Graveyard Shift Sisters, a site aimed at celebrating the experiences and achievements of Black women and women of color in the horror community. She has spoken at various conferences in the U.S. about women horror filmmakers, the film industry, and feminism and is published in Paracinema magazine. She continues to work on her professional development as a writer and avid media consumer with Women in Horror Month, Lil Filmmakers Inc., Quirks & Splatters and Black Girl Nerds.
» Twitter | Facebook |

Red Georges
Hailing from Lincoln, Nebraska, Red is a film lover and former staff writer for the film website Anomalous Material. Apart from being an avid football and baseball fan, Red also spends a few weekends a year playing GI Joe for the National Guard. You will probably notice that Red is a ginger, but please don’t hold it against him.
» Twitter

Kern Dowdy
Film is a passion for the Boston native. “I would check off the movies I was going to watch on the tv guide.” Kern puts his journalism background to good use writing for his own blog comicmoviegeek . A literature teacher by trade, he often analyzes movies with the pristine eye of an academic. A writer and actor, he is parlaying his love of film into a quest to becoming a screenwriter.

Manon de Reeper
Manon is the founder of Film Inquiry and is a geeky 24-year-old Dutchie living in Perth, Australia. She’s a Global Criminology MA specialized in film analysis, focusing on culture and crime representations in film. She loves criminology, writing and film and has been very lucky to be able to combine the three!
» Twitter | Facebook

What do you think? Cancel reply