Part of the pleasure that comes with taking in the Blood in the Snow Film Festival is the numerous short films that screen before the features. The festival also highlights the creativity of the medium in their Short Film Showcase programme. The showcase offers another venue for filmmakers to show off their talents. Here are some brief thoughts on some of the shorts playing in this year’s programme: 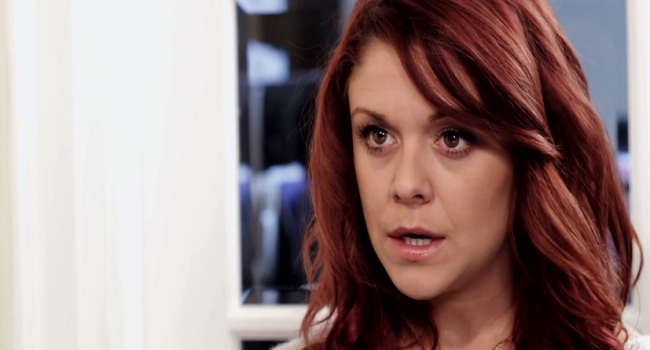 Damned Selfie
In Justin McConnell’s horror-comedy, Teagan (Caleigh Le Grand) discovers that the meeting she has been waiting three years for is not what it seems. Poking fun at the unbeknownst dangers that come with taking “selfies”, McConnell’s film provides plenty of laughs to go along with its novel concept. It also helps that Caleigh Le Grand and Ralph MacLeod, as the other meeting participant, have great comedic timing. 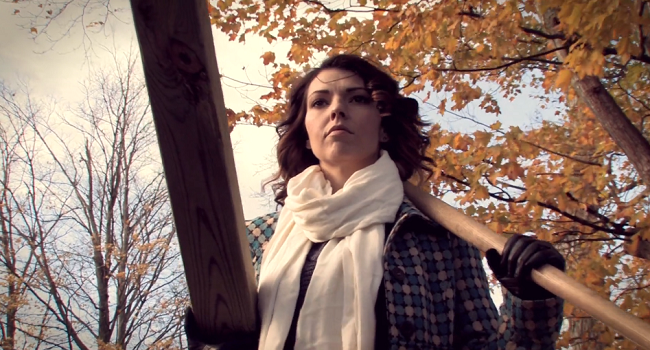 Malleus Maleficarum
There are moments when things are better left unsaid in a film, this is not one of those times. Malleus Maleficarum revolves around a community that uses Halloween to hunt and sell witches, like a modern day slave trade, for the purpose of killing them in preparation for the “Exodus”. Though an interesting premise, and well-shot, the fact that Torin Langen decides to make a dialogue free tale is a bit problematic. Unlike Miroslav Slaboshpitsky’s The Tribe, which uses a similar silent technique, Langen’s narrative is not as easy to follow. It is difficult to figure out the connections amongst the various characters, especially considering the Aunt (Erin Stuart) looks as young as the brother and sister pair, and choices they make need. While the film does not need to spell out every single thing, a few moments of dialogue would have benefitted it greatly. 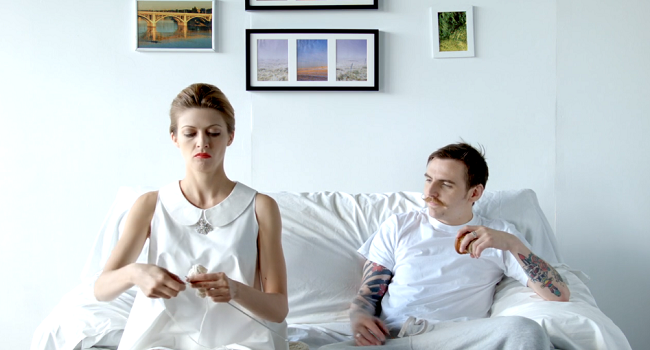 The Makeover
Speaking of films that attempt to tell its tale without any dialogue, Dara Jade Moat’s The Makeover is a short, but effective treat. When a prim woman finds that her pristine home is being sullied by her messy partner, she finds violent means to rectify the situation. Featuring a wonderful and vibrant use of colour, Moat’s film, which was originally created for the ABCs of Death 2 “M” competition, is a fun romp. 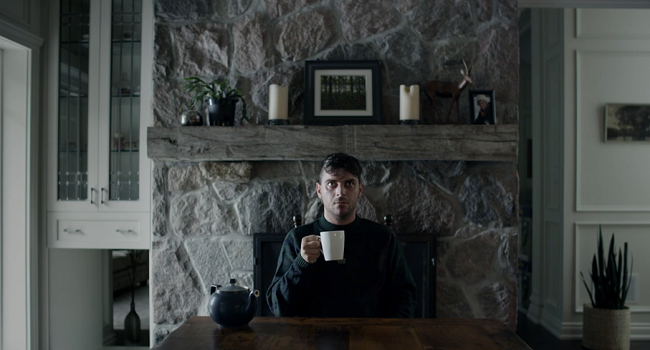 Woods
One of the most visually striking shorts playing the festival, thanks in part to the outstanding cinematography by Bruce William Harper, Jon Hyatt’s Woods is a wonderful piece of narrative filmmaking. The futuristic tale centres around Richter Kent (Jon Hyatt) who has spent the last year or so living in his cottage in the woods. Haunted by the disappearance of his wife (Lawrene Denkers), Ricther is convinced that she will come back home. When his fellow executive board members begin to feel it is time for Richter to move on with his life, they order him an android (Amy Marie Wallace) companion to help with his emotional and physical needs. Though conflicted about the android’s presence, she may be the key to reuniting Ricther with his wife. Featuring great performances by Hyatt and Wallace, Woods is a top-notch science fiction film that is rich in both story and atmosphere. It is one of those great shorts that lingers in our consciousness long after the credits role. 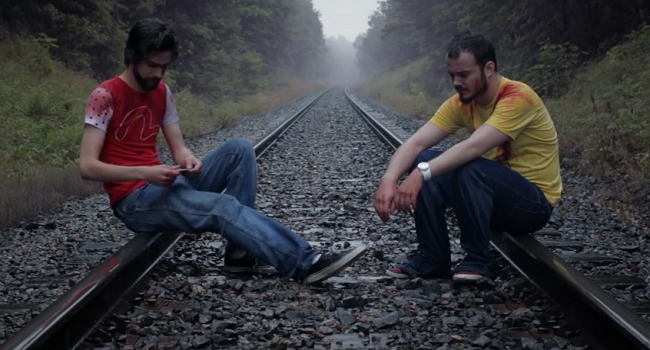 Massacre at Femur Creek
While Kyle Hytonen’s Massacre at Femur Creek gives an admirable attempt at capturing the 80’s aesthetic, right down to its John Carpenter-esque score, the nostalgic allure wears off rather quickly. The horror-comedy focuses on three friends who go camping on the same weekend that a deranged killer is on the loose. Although there are some great one-liners sprinkled throughout, Hytonen’s film delves too deep into juvenile humour. After a while the penis and fart jokes just becomes tiresome and repetitive. 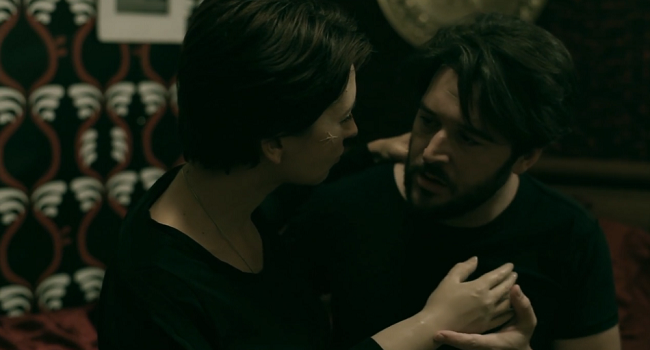 Greater Than
When a stubborn ID forger, Ben (Adam Buller), falls for an illegal immigrant, Lucy (Dana Tartau), their relationship takes an unexpected turn when he surprises her with a dozen rose. Unimpressed by the $25 gesture, Lucy believes that a gift is not worth giving unless it is something you are afraid to lose. Practicing what she preaches, her gift to him is her arm. Stunned, and flattered by the gesture, Ben struggles with whether or not true love is greater than the physical shell. Taking a twisted approach to the power of love, Darryl Shaw’s film is one of those films that you cannot turn away from even when you know the direction it is going in. Part of this is due to the performance by the two leads. Dana Tartau in particular is quite good as the passionate, if not slightly crazy, Lucy. The film does get a little muddled when the mafia is introduced, but this is a minor quibble in an otherwise interesting film.