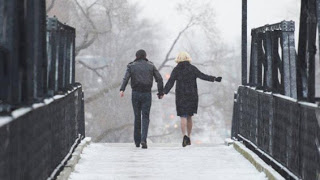 The sharing of one’s family history through the generations is something that we rarely give much thought too. In fact, we often take for granted the significances of doing something as simple as sitting around the dinner table reflecting on the past. On the occasions where these stories, be it joyous or sad, are shared we often tend to focus on the content rather than the storyteller. This is rather odd, when you think about it, considering the integral role that the storyteller plays in shaping the tale.

This contemplation of storytelling and family is at the heart of Sarah Polley’s latest work, Stories We Tell. Already a celebrated actress in Canada and abroad, Polley has also proven herself to be a talented director with her films Away From Her and Take This Waltz. While Stories We Tell marks Polley’s first foray into the realm of documentary filmmaking, it marks her most assured directorial work to date. Similar to Bart Layton’s The Imposter, Polley manages to bend the conventional expectations of the documentary format into something that is both captivating and emotionally impactful.

The film finds Polley focusing the camera on her own family and the deep secret that resided within it. Much of Stories We Tell revolves around her parents, Diane and Michael Polley, two actors who fell in love, married, had kids, and lived a seemingly normal life. However, as we all know there is no such thing as a “normal” family. When illness alters the family dynamics, a major secret is uncovered and has lasting ramifications on the every one of her family members. Though secrets and lies play key role in the film, the Stories We Tell is not so much about the reveal, but how others remember the events.

The Stories We Tell is primarily about memory and how each person, or “storyteller”, has played a role in shaping the overall legacy of the tale. Polley interviews several members of her family, and those close to the family at the time, to get their accounts of the story. The results are fascinating as they range from the storytellers who talk candidly about the roles they played in it, such as knowingly withholding information, to those who feel that the tale is theirs alone to tell.

Who has the right to tell the tale, and how the tale is told, is explored through the medium of film itself. From the opening moments, Polley is adamant about showing the behind the scenes aspects of the filmmaking process. She is extremely aware that the documentary itself ultimately becomes one of the storytellers in the story’s history. Polley also uses the documentary to emphasize how storytellers manipulate the story they tell through the way she tinkers with archival footage and the use of reconstruction. It is absolutely stunning how well Polley uses these techniques in a way that offers greater emotional resonance to the whole production.

What is fascinating about all the “storytellers”, including the film itself, it that everyone is extremely forgiving of the situation. At times it can be argued that people are too forgiving, as only Polley’s brother really displays any type of open anger or frustration over the issue. Of course, much time has passed which probably accounts for a portion of the forgiveness in the film. However, it really boils down to family. Regardless of what has occurred, the fact of the matter is that people make mistakes throughout life and strong families rise above it. Though some events cannot be forgotten, over time our memories and the retelling of events will ultimately change.

The only real downside to the film, and it is a minor flaw, is that Polley gets a tad too indulgent with her technical mastery towards the end of the film. This results in Stories We Tell feeling slightly longer than it need to be, again this is only a minor point. Stories We Tell is not only Sarah Polley’s best film to date, but one of the best films to be released in the past year. It will have you looking at family, memory, and how we share our stories in a whole new light.