The Disney Channel Original Movie Upside-Down Magic is one of those films that the pre-teens will no doubt love. It has that blend of silly humour and empowering message about being oneself that kids have come to expect from these type of Disney productions. Unfortunately, older audiences will have problems getting past how similar this story is to a more famous tale of a magical child.

Upon turning 13-years-old Nory Boxwood (Izabela Rose) discovers that she has magical powers. Given the ability to turn into an animal, and with her best friend Reina (Siena Agudong) able to manipulate fire, Nory is excited that they get to hone their skills at the prestigious Sage Academy. Unfortunately, Nory’s aspirations are dashed when she fails her admittance placement test by transforming into a “Dritten” – a half-kitten, half-dragon – rather than a regular kitten. Declared to have “Upside-Down Magic (UDM)” and placed in a class for those with unconventional gifts, she quickly learns that her teacher Mr. Skriff (Kyle Howard), who also serves as the school janitor, has no intentions of teaching her how to correct her magic.

Due to an incident several decades earlier, when an evil shadow spirit used an UDM as a vessel to cause havoc, Sage Academy has banned those with upside-down magic from developing their powers. They are simply expected to do busy work until their magic evaporates from lack of use. Not willing to adhere to the status quo, Nory and her classmates, Pepper (Alizon Fernandez), Andres (Max Torina) and Elliot (Elie Samouhi), are determined to prove that doing things differently can be just as effective. 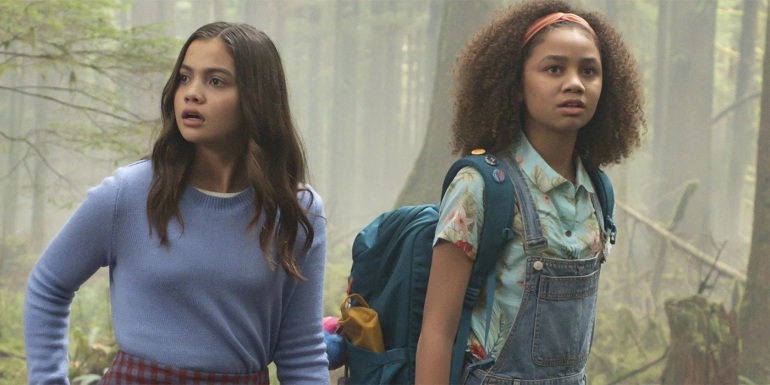 Adapting the popular books series, Joe Nussbaum creates a film that captures the spirit of misfits overcoming the boxes that other people have placed them in. While the chemistry between Nory and her crew, and the antics they get themselves in, will delight younger viewers, Upside-Down Magic struggles to find its own path. Those familiar with the Harry Potter franchise will be distracted by how closely Nussbaum’s film stick to that series’ playbook. Everything from the way the shadowy villain uses a book to infiltrate the school to the unique houses the students are placed in feels like a formulaic retread of a much better film.

The few original ideas that Nussbaum’s film has do little to lift the narrative above its conventional trappings. Unfortunately, the DVD is light on extras so there is no additional insight into the thought process behind some of the choices made in the film. Of the extras included, only the two kid-centric music videos will generate interest.

At the end of the day, Upside-Down Magic is a film geared to young viewers. Its familiar tropes will keep the ten and under crowd occupied for a few hours. However, older audiences will struggle to find the magic in this formulaic tale.