In 2014, director Judith Helfand made a touching New York Time Op-Doc entitle Love and Stuff about dealing with the passing of her mother Florence. Through the process of packing up her mother’s items, many of which she could not part with, Helfand found a deeper connection with the past. A bond that is expanded on in even greater detail in her new feature length documentary Love & Stuff.

Early in the film Helfand admits that she did not set out to make documentaries about her mother. However, it is easy to see why her mother became one of her cinematic muses. They shared a bond that, even with its ups and downs, was rooted in a love that only a mother could provide. Even when their relationship took a turn after Helfand had an emergency hysterectomy at age 25, they always found ways to navigate the emotional pain and guilt that arose.

Sewing years of footage together, Helfand constructs a moving cinematic quilt that warmly encapsulates the complicated and important bonds that mothers and daughters share. The words of wisdom that her mother frequently passed along, the silly conversations that led to laughter and tears, and the Jewish traditions that brought them closer together are all captured by Helfand’s lens. By the time Helfand questions “how does one live without your mother?” one feels as if they have been part of the family for years. 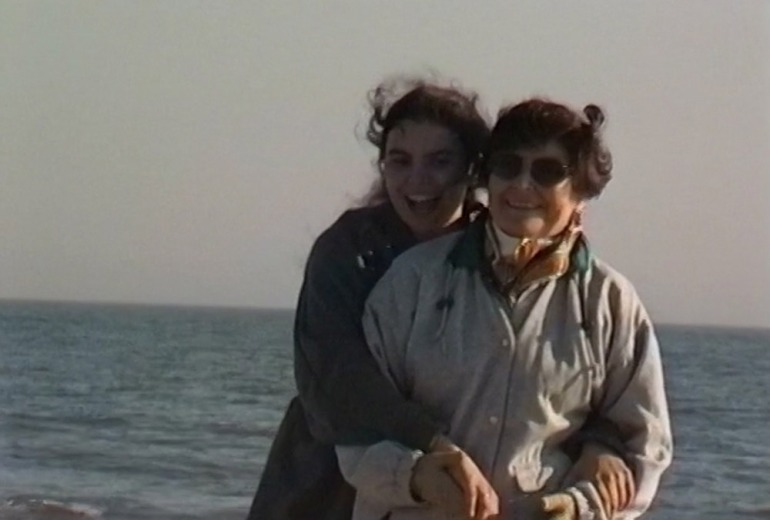 The unshakable void that comes with losing one’s mother is amplified when Helfand becomes a mother herself at age 50. Fulfilling a lifelong dream of adopting a child of her own, Helfand is blessed with a newborn daughter seven months after her mother passes. While a joyous and life changing moment, Helfand quickly learns that being a parent is much more complicated than one ever imagines it will be. As Florence herself admits, the timing is never right when it comes to motherhood. However, one always finds a way to cope, even if it means fumbling along the way.

For Helfand, finding a way to cope means finally dealing with both her mother’s items, scattered among 63 boxes in her cramped apartment, and confronting her longstanding issues with her weight. Though her mother constantly pestered her to lose weight, it was her inability to physically keep up with her one-year-old that forces Helfand to seriously evaluate her options.

Love & Stuff is a film that finds joy, humour, sadness and hope in the people and items that play a huge role in shaping who we are. These could be a favourite dress one’s mother wore, a meat grinder that has been passed down generations, or an unlikely and lasting friendship that comes into our lives in our times of need. A moving portrait of familial bonds, Love & Stuff is a celebration of life in all its complicated glory.

Love & Stuff is available to stream until June 24