On July 20, 1969 Neil Armstrong did what many had only considered a pipe dream when he became the first person to set foot on the moon. It was a moment that briefly unified the world in a collective state of awe. It is this sense of amazement that director Damien Chazelle successfully recaptures in First Man.

Whether it is the roar of the engines, the sound design in the film is fantastic, or the deafening silence employed in key moments, First Man is an immersive experience. Charting the events that led up to Armstrong’s (Ryan Gosling) monumental achievement, Chazelle paints a vibrant picture of a man who was flawed at home, but a hero to a nation.

The space race between the United States and Russia has been well documented, and is a key component to the film, however, it is Armstrong’s personal life that will make or break First Man for some viewers. Never fully taking the time to grieve the loss of a child, Armstrong threw himself into his work, slowly shutting out his wife Janet (Claire Foy) in the process. This causes Armstrong to come off much colder then Chazelle probably intended him to. It also does not help matters that Janet’s grief is never touched on. 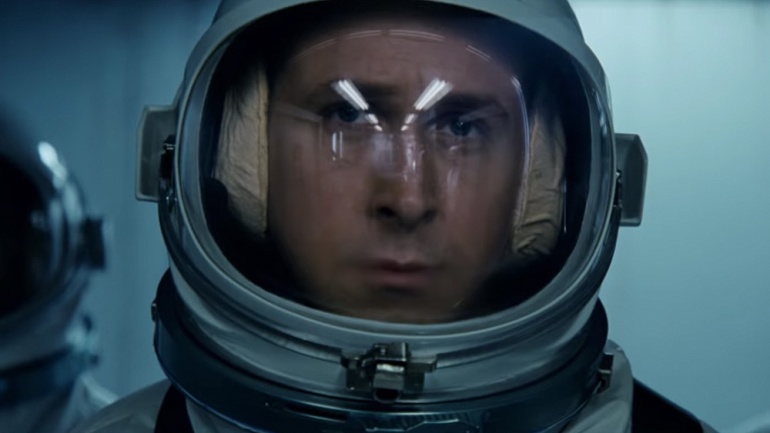 In highlighting Armstrong’s professional sucesses, Chazelle also does a good job of subtly touching on the socially turbulent times of the era, including how the civil rights movement and combating poverty were deemed more important than “white men going to space.” The film effectively forces audiences to ponder the extensive cost, both human and societal, that went into achieving the mission.

The Blu-ray, which arrives tomorrow courtesy of Universal Pictures Home Entertainment, is packed with bonus features that shed further insight into both Armstrong and the film’s construction. “Putting You in the Seats” does a great job of explaining how Chazelle and crew created the sense of claustrophobia and danger that the audience feels when Armstrong is in the cockpit. Another wonderful look at the technical aspects of the film is “Recreating the Moon Landing.” In this featurette Chazelle discusses why they recreated the surface of the moon outside, and filmed the sequence at night, rather than constructing everything on a soundstage.

A riveting film from both a narrative and technical standpoint, First Man is a worthy addition to any cinephile’s Blu-ray collection.