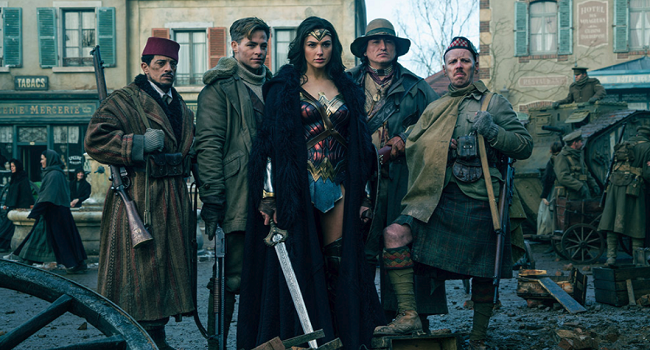 One of the most stunning things about Patty Jenkins’ Wonder Woman is not its thrilling action, but its overall ambition. Rarely has a summer blockbuster been so in tune with the foibles of mankind while still being a thoroughly entertaining ride from start to finish. It is not everyday you come across a film that takes a moment, even if a brief one in some instances, to comment on the nature of war, the unlawful appropriation of indigenous land, racism in Hollywood and PTSD.

All of this while single-handedly carrying the battered and bruised DC Extended Universe (DCEU) on its back.

The first female superhero movie to be released in over a decade…let that sink in for a minute…Wonder Woman is exactly the type of comic book movie that the DCEU should be building its universe around. Aside from having a fully realized female lead kicking ass, the film also embraces diversity in the most natural way. No female character is treated as an object to stimulate teenage boys, and the minority members of the cast, specifically in Wonder Woman’s rogue team, all have meaningful contributions at every stage of the mission.

An origin story told via flashback, Jenkins’ film shows that Diana Prince (Gal Gadot) had the warrior spirit within her from a very young age. Raised on the island of Themyscira, an Amazonian land made by Zeus, Diana desired to learn the fighting techniques of the Amazon, like her aunt General Antiope (Robin Wright), much to the chagrin of her mother Queen Hippolyta (Connie Nielsen). In hopes of swaying her daughter away from discovering her true destiny, Hippolyta relays the story of why the Amazons train on the secluded island in preparation for the return Ares, the God of War.

Banished by Zeus for his betrayal, Ares is determined to destroy mankind. However, only the Amazons possess the weapon on their island to defeat him. Living in secret for years, Diana’s peaceful existence is disturbed when Allied spy Steve Trevor (Chris Pine) crashes into the ocean just off the island; bringing the harsh realities of the World War occurring outside Themyscira’s boarders with him. Believing that Ares is behind the war, Diana joins Steve on his mission to return to the UK to deliver the plans he uncovered for a new toxic weapon being created for German general Ludendoff (Danny Huston) by the sinister scientist Dr. Maru (Elena Anaya). 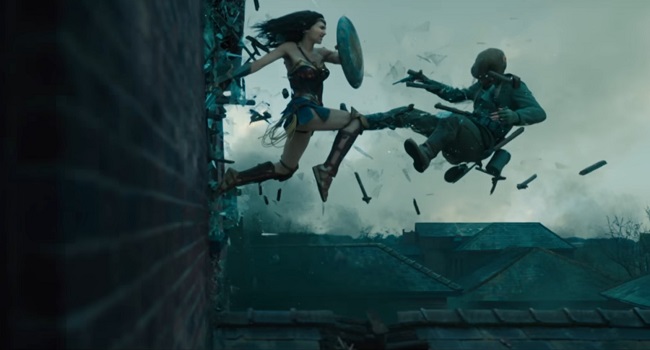 When government politics gets in the way of the search for Ares, Diana and Steve enlist a special team to go on an unsanctioned mission abroad that will be overseen back in London by Steve’s secretary Etta (the wonderful Lucy Davis who deserves more screen time) and politician Sir Patrick (David Thewlis). Aided by a spy named Sameer (Saïd Taghmaoui), a smuggler referred to as Chief (Eugene Brave Rock) and alcohol loving Charlie (Ewen Bremner), Diana learns the hard way that humanity is often the makers of their own destruction.

Featuring a refreshing dose of humor and copious amounts of action, most of which utilizes the speed-ramping technique to maximum effect, Jenkins constructs a film that pleasantly defies expectations. While the first part of the film is somewhat plodding, and could have used more Themyscira and less London, when Wonder Woman is finally let loose, in the warzone commonly known as No Man’s Land no less, it is a glorious thing.

Gal Gadot perfectly embodies the strength, charm and heart that has made the character so endearing and inspiring for over seventy years. Her overall chemistry with the supporting cast really helps the film to overcome some of its flaws, most of which are associated with the usual trappings of the superhero film genre. Most notably the climatic fight with Ares that feels uneven and not as interesting as the human action occurring around the fringes.

Thankfully though, Wonder Woman does not feel beholden to the three DCEU films that came before it, nor does it waste time setting up future films. Instead Jenkins’ film, like Wonder Woman herself, marches to the beat of her own drum; confidently wrapping its lasso of truth around the legs of, and proceeding to toss aside, the patriarchal standards that Hollywood reinforces with each new superhero film. When Queen Hippolyta tells Diana that the world “doesn’t deserve [her]” she is right. We do not deserve a film as entertaining as Wonder Woman, considering the hassle Jenkins went through to get it to the screen in the first place, but we are glad it is here nonetheless.