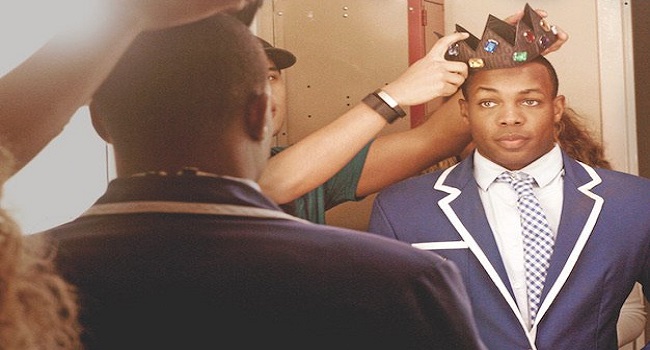 James Brown once carried the moniker of being the hardest working man in show business, however Katherine Fairfax Wright’s Behind the Curtain: Todrick Hall makes a convincing case for Todrick Hall being the heir to that mantle. Driven by his passion to express himself creatively, and unafraid to tackle serious issues, Hall has become a source of inspiration for those both young and old.

The film observes Youtube sensation Hall, after being inspired by Beyoncé’s Lemonade, as he writes, records, and shoots a slew of music videos for his own socially conscious, and deeply personal, visual album Straight Outta Oz. As if working around the clock was not hectic enough, Hall simultaneously races to plan every last detail–including sets, costumes, choreography and more-for the subsequent tour that will launch two weeks after the album release.

While Hall’s demanding schedule is stunning in itself, Wright’s film is more interested in the man behind the music. It focuses on how he came to terms with his identity as a gay black man, and used it to create an inclusive atmosphere for his legion of fans. Some of the most gripping moments come when Hall is recounting coming out to his mother, discussing the impact of events like the Orlando nightclub shooting and lamenting about choosing his career over his one true love.

Watching Hall’s dedication it is easy to see why the likes of Wayne Brady, Jordan Sparks, Joseph Gordon-Levitt and others would lend their support to his various projects. He is the type of entertainer, and human being, that we need to see more of in show business. Breaking down stereotypes one performance at a time, one cannot help but become a Todrick Hall fan by the end of this wonderfully inspirational film.

Tickets can be purchased at the Inside Out website.