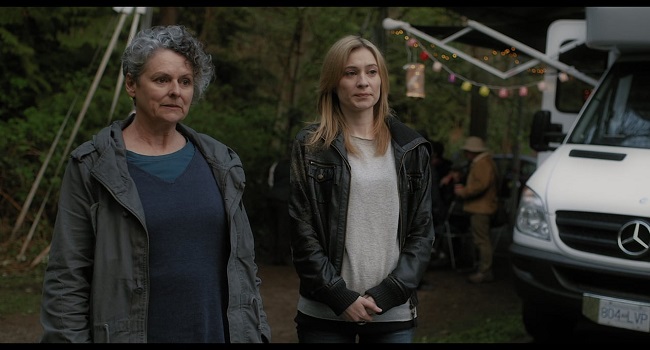 One of the inherent fears that comes with parenthood is the thought of dying before your children are old enough to take care of themselves. While some might be fortunate enough to have family members willing to take on the responsibility, there are those who have no other option but to let child services dictate their children’s future. It is this sense of uncertainty that permeates Siobhan Devine’s drama The Birdwatcher.

Devine’s film follows Saffron (Camille Sullivan), a single mother and social worker, who discovers that her cancer diagnosis has gotten worse. Knowing the horrors of the foster care system via her day job, and with her ex-husband not in a stable position to take care of himself let alone others, Saffron goes down every possible avenue in hopes of finding someone who can look after her children if she happens to die. When all the usual options fail to pan out, she decides to take a shot at tracking down the estranged birth mother who put her up for adoption.

Uncovering that her mother, Birdy (Gabrielle Rose), is a famously reclusive ornithologist, Saffron and her two children, teenage Lucy (Matreya) and eight-year-old Johan (Jakob Davies), take a weekend trip down to the camp site where her mother is said to be doing research. Their presence immediately ruffles the feathers of the socially awkward Birdy, who wants nothing more than to work in peace. As the weekend progresses, both Saffron and Birdy are forced to not only come to terms with the past, but also figure out how to navigate the present with an uncertain future.

The Birdwatcher is one of those dramas that feels deeply personal, but never quite reaches the emotional impact it strives for. Part of this is due to the fact that its conventional script tends to be a little too obvious at times. Devine’s film is littered with overly symbolic moments such as when one character explains that scared mother birds tend to flee leaving their young behind. The fact that The Birdwatcher also relies heavily on implausible contrivances does help matters either.

Though most of the supporting characters are thinly written, and only seem to either give Saffron the moral high ground or cater to Birdy’s quirks, where The Birdwatcher thrives is in is casting of the main characters. Camille Sullivan brings a surprising amount of depth to her portrayal of Saffron. She makes the audience genuinely invested in her character’s plight. For her part, Gabrielle Rose also does a solid job in the role of Birdy. Rose manages to balance both the quirky elements of the character while letting her human side shine through.

The Birdwatcher has its heart in the right place and some of its themes resonate on a certain level. However, its conventional structure and lack of subtlety ultimately causes the film to fall short from reaching its full potential.