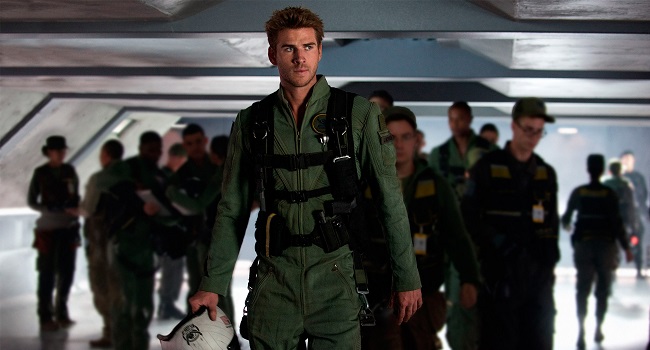 The tag line for Independence Day: Resurgence boasts that “we had twenty years to prepare…so did they,” though one cannot help but wonder what exactly that preparation time was spent on? If you are like myself, and missed the sequel to the 1996 blockbuster when it stormed its way into theatres this past summer, then the recent Blu-ray release, courtesy of Twentieth Century Fox Home Entertainment, brought with it a sense of excitement and hesitation. Being a huge fan of the original, which I revisit religiously every July 4th, I was happy to go back into the world of the film, but was leery of the mixed word of mouth Resurgence garnered.

Continuing the trend of nostalgia driven blockbusters that have flooded the market place in the past few years, Independence Day: Resurgence clearly is an attempt to turn the long dormant property into a franchise. Though a good portion of the key players return, Will Smith being the most obvious absence, Roland Emmerich’s film stumbles in its attempt to pass the torch to a new generation of actors. Similar to the problems that the DC Extended Universe has had in their quest to catch up to the Marvel Cinematic Universe, Resurgence tries to take short cuts at every corner, rather than running a well-plotted race.

One of the joys of the original is that it takes its time establishing its characters. Emmerich allowed the various dynamics to grow naturally, so that when the alien ships unleashed their fury we knew enough about the individuals to care about what happens to them. This time around it feels as if characters only converse via expository dialogue. We learn everything we need to know about key individuals, like pilots Jake Morrisson (Liam Hemsworth) and Patricia Whitmore (Maika Monroe), the latter of whom is also the daughter of former President Whitmore (Bill Pullman), in a matter of moments. However, none of the main characters actually evolve over the course of the film. Worst of all, as a result, the film feels obligated to spell out every little detail for fear that we might have missed something in the quick explanations. Take the initial meeting between David Levinson (Jeff Goldblum) and Catherine Marceaux (Charlotte Gainsbourg), where a character literally comments about the sexual tensions in the air…as if the audience did not catch the blatant sexual innuendo in their brief banter.

The overall plot does little to take the series forward in any significant way. All one needs to know is that the humans have used alien technology salvaged from the first invasion to build fancy, and utterly useless, defense weapons. The evil aliens come back hoping to destroy both the earth and the one other alien race that can help the humans defeat them. While the film itself leaves a lot to be desired the Blu-ray does offer plenty of behind the scenes extras, including a 4-part documentary entitled Another Day: The Making of Independence Day: Resurgence, that provides further insight into Emmerich’s some of the films key moments.