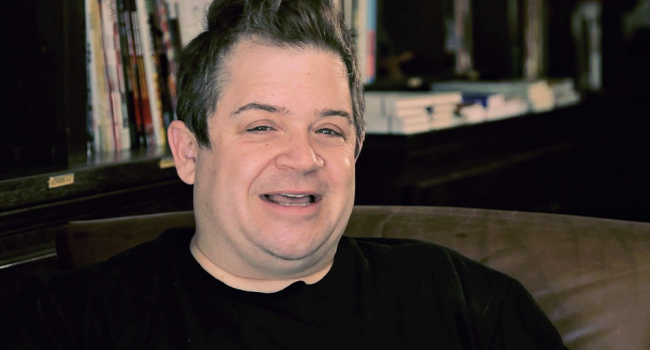 Julia Marchese’s debut film Out of Print is a love letter to a cinematic experience that, sadly, many will never get a chance to partake in. In an era where multiplexes have become breeding grounds for those who spend more time looking at their cell phones than the images projected on the screen in front of them, it is easy to understand why some have simply opted to view movies at home. While a quick remedy of sorts, something gets lost in the overall experience. Film is a collaborative art form that is designed to be best consumed and appreciated in a group setting. There is something magical about seeing a film with the right audience. It makes the drama more gripping, the horror a little scarier, and the comedic beats much funnier.

Thankfully there are still a small number of repertoire cinemas around the globe fighting to maintain the original joyous essence of viewing films with a crowd. One such theater is the New Beverly Cinema, a family run business in Los Angeles that treats the communal aspect of watching films like gospel. Offering double bills for $8, the cinema has become a hub for film lovers. Think of it like the Cheers of movie theaters, a place where the staff, of which Marchese herself is part of, knows the regulars names and treat the customers like they are family.

As actor Patton Oswalt and several others points out in the documentary, going to the New Beverly Cinema is like getting the best film education imaginable. Screening films in their original 35mm prints, the theater’s ability to give equal weight to both acclaimed works and rarely seen genre films has garnered them a loyal following of fans. Some of which include filmmakers Rian Johnson, Kevin Smith, Edgar Wright, Richard Kelly and Joe Carnahan as well as actors such as Seth Green, Clu Gulagar and Noah Segan; all of whom share their thoughts on the theater in the film.

While a beloved theater in its community, Marchese’s film never feels like a mere promotional tool for the New Beverly Cinema. She offers a well-round look at the cinema’s early beginnings and the turbulent times it went through financially. The place was on the brink of closing until director Quentin Tarantino stepped in to save the cherished institution. Though the history of the theater, and its customers, offer some poignant moments; a good portion of Out of Print is devoted to advocating for the preservation of 35mm print.

Unlike other films in recent years that have broached this topic, Marchese does not call for the end of the digital revolution that studios have been championing. Instead she makes a convincing case for why studios should invest money in preserving the existing 35mm prints of films in their library. The ability to see traditional prints of films is part of the reasons that revival theatres such as The New Beverly Cinema are so popular. There is something special about consuming art in its original form. Comparing the value of film stock to things such as painted works and iconic pieces of literature, Out of Print reminds us that the digital age is only one of the many facets of cinema as a whole. It should not be used as grounds to erase the integral parts of the film industries storied history.

Capturing the importance of both repertoire cinemas and 35mm films, Out of Print is a charming documentary that will satisfy those who share a love of cinema. Though not every community is fortunate enough to have a theater like the New Beverly Cinema in their neighbourhood, Marchese’s film will have audiences wanting to make more trips to their local independent theater to share in the special experience that comes with going to the movies.