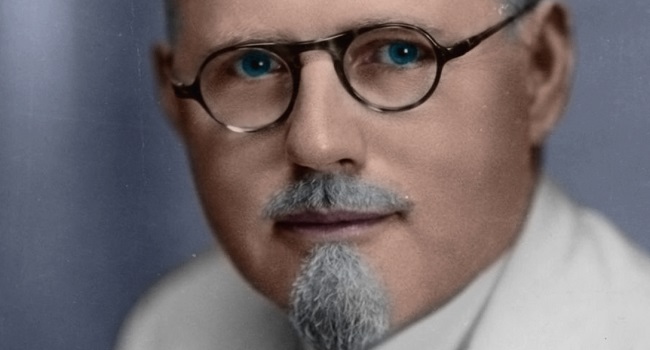 Nuts: a pejorative term indicating insanity; a slang word for testicles. In the case of Nuts!, it’s both.

J.R. Brinkley was a doctor in small town Kansas who, through the grace of his revolutionary goat-testicle transplant surgery, cured many men of impotence and infertility while bringing vitality and prosperity to the town. Brinkley had to build hospitals just to deal with the growing demand, and almost accidentally became a radio pioneer simultaneously, broadcasting ads for his services and answering write-in medical questions between blasts of good ole country music. Despite exponential interest and a horde of faithful followers, the American Medical Association accused Brinkley of “quackery.” Just as they set out to discredit him, he came out with an elixir just as effective as the goat-testicle procedure but with much less risk. And then he ran for governor, with a slogan borrowed from a laxative commercial. True story.

How have you never before heard of this broadcasting maven and trailblazing doctor? Whatever the answer, Nuts! director Penny Lane will make sure you never forget him. Her mixed-media documentary uses his official biography as a jumping-off point, and whatever archival footage and modern day interviews can’t cover is brilliantly animated. And I do mean brilliantly: not only is the animation a perfect match for this strange and whimsical tale, it’s also impeccably timed and used judiciously. Different animators are used for each segment, but there’s a uniform style that injects a lot of kinetic energy into this hilariously, but dryly narrated, story.

Eventually the film moves from eyebrow-raising to downright subversive. There are enough old-timey euphemisms for erections (or the lack thereof) to keep you in patter for your next hundred dinner parties. Lane has already shown herself to be a thoughtful and engaging filmmaker (Our Nixon), but with Nuts! she proves herself worthy of a Brinkley-esque empire. You can’t help but admire the way she weaves the story together; she examines what amounts to an American folk tale but she does it with modern tools that turn the story on its head. Penny Lane is her own brand of documentarian, and quite possibly on to becoming this generation’s best. Nuts! is not to be missed.

View all posts by Jay