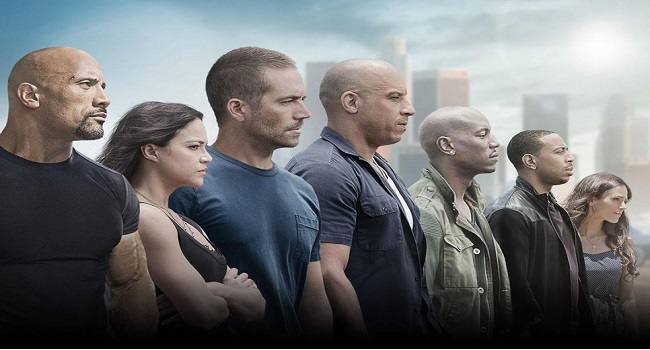 Ever since Cliff Robertson’s Uncle Ben uttered the icon words “with great power comes great responsibility” in Sam Raimi’s 2002 film Spider-Man, it seems almost every superhero tale that comes to the big screen has tried their hardest to exemplify this mantra. Whether it was Zach Snyder’s Man of Steel, Jon Favreau’s Iron Man, or more recently, James Gunn’s Guardians of the Galaxy, the message has been loud and clear, being a superhero is hard work. It is as profound a statement as announcing that fire is indeed hot.

Frankly, I have always preferred the heroic creed of “I live my life a quarter mile at a time”, which was declared by The Fast and the Furious’ Dominic Toretto a scant year prior to the spandex wearing web-slinger hitting the big screen. While Universal’s car obsessed series is not a traditional superhero franchise per say – I would argue that it has slowly morphed into one over the years – there are several things that comic book inspired films could learn from Toretto’s makeshift family of former thugs turned heroes. Unlike most superhero franchises, the Fast and Furious films have managed to stay relevant for an astounding fourteen years! To put things in perspective, Sony’s Spider-Man franchise has already been rebooted once, and is headed for its second reboot, under Marvel’s watchful eye this time around, within that same timeframe.

While all of Hollywood is racing to copy Marvel’s blueprint for continually striking oil in the most barren of deserts – hands up if you were clamoring for a Guardians of the Galaxy film four years ago? – I cannot help but wonder if franchise starved studios are placing all of their horses on the wrong track?

There is no question that Marvel has been obliterating the competition with the same tenacity of a wily Jason Bourne gleefully taking out foes with a rolled up magazine. The release of Avengers: Age of Ultron in May will be another financial windfall for the company. Plus the genital measuring competition that Marvel and DC/Warner Bros. are currently engaged in, one that will see over thirty superhero films released in the next six years, can only be considered a bonus for comic book fans and studio executives looking to line shareholders pockets. However, the inherent problem that these superhero films will inevitably face, as the comics did before them, is how to remain fresh in such a competitive market?

Say what you will about the quality of the Fast and Furious films, but they have managed to stay one step ahead of the numerous pundits who have been predicting their downfall ever since it was announced 2 Fast 2 Furious was going into production. Originally deemed a one-hit wonder, the series has taken the superhero aesthetics and weaved it into a surprisingly forward thinking, especially from a cultural standpoint, action franchise.

Here are a few things that the Fast and Furious franchise has done right that both Marvel and DC would be wise to take note of (warning the following contains spoilers):

Don’t Be Afraid to Kill off Characters.
Gisele, Letty, Han and Jesse were all memorable characters, okay maybe not Jesse, who met their demise at some point in the Fast and Furious series. Sure Han and Letty made their triumphant returns in Fast & Furious and Furious 6 respectively, thought the former is technically dead again from a continuity stand point…more on that in a minute, but the fact of the matter is that this franchise had the stones to kill them off at one point or another. Aside from Agent Coulson, who lives again on the small screen, Marvel has yet to bump off any other character of significance. Sorry faking ones death within a film, looking at you Nick Fury, does not count either. The problem that Marvel and DC face in this regard is the fact that they have announced their upcoming film roster, and some of the actors who have signed on for multiple films, so far in advance, that they have to pretty much limited number of characters who could potentially meet their demise.

Forget Rebooting, Just Rework on the Fly.
So your last film was not a hit? Found yourself in a creative rut? Do not reach for that reset/reboot button just yet, dear studio executive. Simply remold with the clay you’ve already got. Not only did the Fast and Furious franchise retool their history on the fly by playing around with continuity, but somehow managed to make six random films appear as if they were always part of one continuous epic ala Homer’s The Odyssey. This ingenious reworking of an established world allowed the series to kill a character like Han in Tokyo Drift – the third films which is actually the sixth film from a linear standpoint – then bring him back for three mid-series prequels, only to replay his Tokyo death from a different angle that opens up a whole new world of narrative possibilities.

The World Is Diverse, Embrace This.
In the past I have discussed why I feel that the Fast and Furious franchise is one of the most culturally significant blockbuster series in recent years. They have embraced diversity both in front of and behind the camera in a natural way, because you know, the world we live in is diverse. The series has repeatedly shown that films featuring a multicultural cast can indeed make a killing in the foreign market. This is a direct contrast to the traditional studio notion that only films with a mainly white male cast are marketable overseas. Now I understand Marvel and DC are leveraging pre-existing characters who are predominantly white in the comic books, but that is no excuse for not taking more creative liberties with the casting in their films. Or better yet, introduce some new characters into the cinematic universe that can be spun into other platforms (e.g. comics, television). Remember when Harley Quinn was introduced in Batman: The Animated Series in the 90’s? Look at how well that has turned out. Not only is she a fan favourite in the comics, but she will be a prominent character in the upcoming Suicide Squad film. Are you telling me a new Asian superhero could not be created for the big screen with the same level of success? How about a new Hispanic heroine? It is crazy that we still have not reached the point where blockbuster films accurately reflect the diversity of the audiences watching them.

Understanding That Audiences Can Handle Strong Kick Ass Women. In Fact, We Crave It.
Despite the generic shot of the bikini-clad women at illegal street races, an embarrassing tactic clearly designed to titillate teenage boys, the Fast and Furious franchise has featured strong female characters from the outset. Women who can drive, handle the hand-to-hand combat, and fearlessly partake in outrageous action sequences with the same efficiency as their male counterparts. Marvel and DC, the latter being the most grievous offender, on the other hand have felt it best to hold our hands when introducing kick ass female heroines. Black Widow was introduced in the middle of Phase 1, Gamora was introduced in the middle of Phase 2, and the less said about DC’s handling of Wonder Woman the better. In an era where The Hunger Games, Lucy, and Divergent are dominating the box office it is appalling that Wonder Woman (to be played by Fast and Furious alum Gal Gadot in the lead no less) has taken so long to get to the big screen. Deemed too risky for years by studio executives, the most iconic female superhero in history has been relegated to being “introduced” in Batman v Superman next year, before getting her own film in 2017. That’s right, there will be a Suicide Squad film – a group most non-comic book fans have never even heard of – before there is a solo Wonder Woman film. Ridiculous. 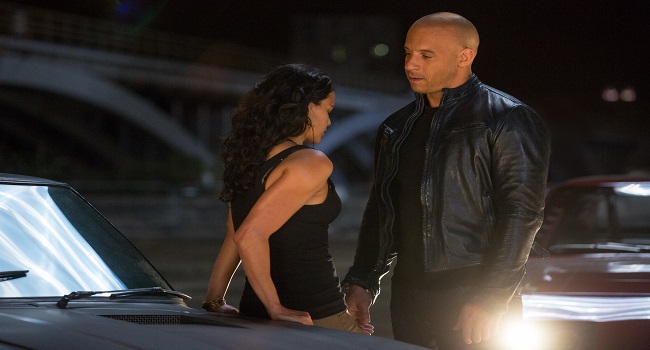 Romance, a Little Goes a Long Way.
Look I understand that superheroes lead dangerous lives, but that does not mean that thy must shun love altogether. It is getting a bit tiresome seeing couples in comic book films whose relationships only exist so that hero can show emotion when the woman he loves is killed. Romance should not be a death sentence, but rather a tool that endears the audience to the characters even further. Give us more moments like when Peter Quill (aka Star-Lord) shares his music with Gamora, more romantic banter like the brief ones between Tony Stark and Pepper Potts! Despite all its outlandish action, Furious 6 plays like one long testosterone infused romance. The race scene between Dominic and Letty, which plays out like erotic foreplay with cars, sells this perfectly. From day one the action heavy series has not been afraid to show its sensitive side. The audience cannot help but feel a little sad when witnessing Gisele sacrifice her life to save Han in Furious 6, signaling the demise of a couple whose romance the viewer has watched blossom over the course of two films. Despite the bittersweet moment, the film still features two other couples, Dominic/Letty and Brian/Mia, to cement the notion that love can indeed triumph over evil.

A Great Villain Works Wonders.
Actually, this is something that the Fast and Furious series can stand to learn from both Marvel and DC. No offense to Luke Evans’ Shaw, easily the best villain the series has had, but there has not been a Loki or The Joker level bad guy to truly leave their mark on the series. If Tom Hiddleston and Heath Ledger have taught us anything, a talented actor playing a charismatic villain can help a film transcend even the silliest of tropes in the superhero genre. One can only hope that Jason Statham raises the bar in Furious 7, granted it won’t be that hard considering how forgettable most of the villains are in this series.

In an age where comic book properties are dominating multiplexes, and starting to gain ground on the small screen as well, it will be interesting to see how long Marvel and DC stay fresh creatively. Sure they have years of pre-existing stories they can tell, but how they choose to tell them will be the true benchmark. The Fast and Furious franchise is one that, by all accounts, should have worn out its welcome years ago. However, it has only grown in popularity and overall creativity as it has progressed over the years. Say what you will about the films themselves, but they have repeatedly proven that original franchises, not built on pre-existing comics or books, can still thrive in today’s film market. Clearly a series that has raked in close to a billion dollars, just over if you factor in inflation, must be doing something right.