We often think of as adolescence as something that has been with us since mankind took its first breath. The plight of the teenager being something that is inherent in us all. A rite of passage that is awkward, confusing, and amazing all at the same time. However, is this really the case? Is it possible that the notion of a teenager is actually something that was constructed?

In his fluid documentary Teenage, Matt Wolf not only presents the argument that the idea of a “teenager” is an invention of the 20th century, but does a solid job backing it up. Adapted from John Savage’s book Teenage: The Creation of Youth Culture, Teenage not only charts the birth of youth culture, but also paints a vivid picture of the ripple effect that occurred in both America and Europe. Reaching all the way back to 1904, Wolf introduces us to an era where the industrial revolution was viewed as both a sign of the future and vehicle for child slavery.

Thrust straight into the adult world through long hours working in factories, the concept of play was foreign for many growing up during that time. It was only when child labour was banned, and kids were force to congregate at schools, that the notion of adolescence was formed. Wolf uses this moment as a jumping off point to explore how many of the traits we have come to associate with youth grew and evolved over the years. The film touches on numerous topics such as the quest for freedom and exploration; the way music and dance not only brought people together, but also broke down cultural walls; and even how politics and the economy reshaped the lives of many.

Like a collage springing to life from the pages of a yearbook, Teenage takes a novel approach to its observations of youth culture throughout the years. The film blends archival footage and first-person testimonials, taken from various sources, to give the film a fresh and modern feel. One of Wolf’s smartest choices was enlisting the vocal talents of actors Ben Whishaw, Jena Malone, Jessie Usher and Julia Hummer to help narrate the film. They allow the film to sail with dreamlike ease between the eras while still keeping the intimate and personal tone intact. 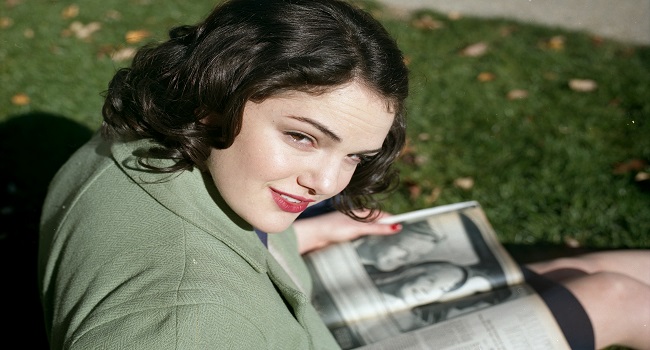 You really get a sense of the frustration and rage that permeates Usher’s African-Americans youth. The conflict in his mind seeps through his battered words. He struggles with living in an America that wants him to fight overseas in their name, but refuse to treat him like an equal at home. An eerie chill rolls down the spine hearing Hummer’s German fraulein talk of her early days in Hitler’s Youth as if it was a wonderful summer camp. The seeds of manipulation are planted and nurtured so early that it is sad, though not surprising, to hear Hummer’s character eventually admit that she no longer knows who she is. This plays nicely into the recurring theme of adults sacrificing youth, in some cases sending them off to war to die, in order to protect their own interests.

If there is one downside to Wolf’s engaging approach to the subject matter it is that he casts his net too wide at times. While there is a plethora of topics to cover from 1905 to 1945, including the rise of the Boy Scouts, the communism versus fascism debate, and the fear of female sexuality, the film struggles at times to balance all the content. Teenage takes pride in the fact that America started the youth culture that changed the world, but often seems more interested in the complexities of European youth. Another minor flaw is the transition to introduce the racial tensions feels abrupt, especially since African-Americans do not even register in the first half hour of the film.

Despite these hiccups, Matt Wolf succeeds in capturing the evolving complexities that come with youth trying to navigate through an ever changing world. As one narrator remarks, “nothing is more important than finding out were we fit into the life around us.” As with every generation, it is watching history occur through the eyes of the youth that makes Teenage a compelling experience. Wolf not only finds an inventive way to make us reflect on the past, but also leaves us pondering how the teenagers of the future will redefine the world.