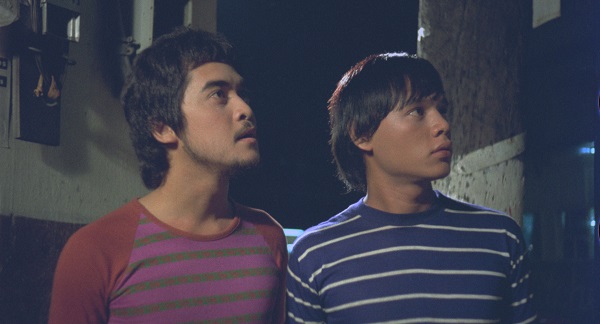 Considered to be one of the greatest films to ever come out of the Philippines, and beautifully restored by Martin Scorsese’s World Cinema Foundation, Manila in the Claws of Light is one of the hidden gems at TIFF this year. Feeling right at home alongside other titles of the era, such as Mean Streets, Lino Brocka’s tale is a harsh exploration of the urban jungle that is Manila in the 1970s. Adapted from a serialized novel by award-winning author Edgardo M. Reyes, the story focuses on a young fisherman, Julio (Bembol Roco), as he arrives in Manila in search of the love of his life Ligaya (Hilda Koronel).

Hailing from the country, the last time Julio saw Ligaya was the day she left for Manila to start a job at a factory. Outside of a few letters, she was never heard from again. Spending close to a year in Manila searching for her, Julio gets a rude awakening about life in the big city. As one of his construction co-workers advises him, life in Manila is only good if you have money. What Julio must endure is the side of the city where poverty and corruption are deeply intertwined. It is a hellish world where companies create elaborate scams to cheat employees out of wages owed; prostitution, whether by force or free will, is as common as breathing; and cops are as crooked as the criminals they are suppose to arrest.

Brocka paints a picture of a city that devours you from the moment you set foot in it, though you will not realize this until it is too late. What I loved about the film was the way in which Brocka frames his story around Julio’s unabashedly devoted love for Ligaya. It is this love that ultimately hurts him more than he realized was possible. The longer he stays in Manila searching for her, the harder it becomes. Not only does Julio have to make some tough choices, including how far he is willing to go to get money, but it also takes a toll on him physically. His body slowly fills with uncontrollable rage.

Manila in the Claws of Light highlights Brocka’s excellent eye for finding humanity, even if it is fleeting, within a corrupt environment. He practices restraint in regards to the melodrama, and it serves as one of the film’s greatest strengths. As the hardships and tragedies pile on, Brocka never feels compelled to try and milk every last emotional drop out of a scene. Even his use of flashbacks is contained and effectively emphasizes what is motivating, and simultaneously destroying, Julio.

Gritty and engaging, Manila in the Claws of Light reminds us that sometimes digging through cinema’s past can be just as exciting as discovering its future.