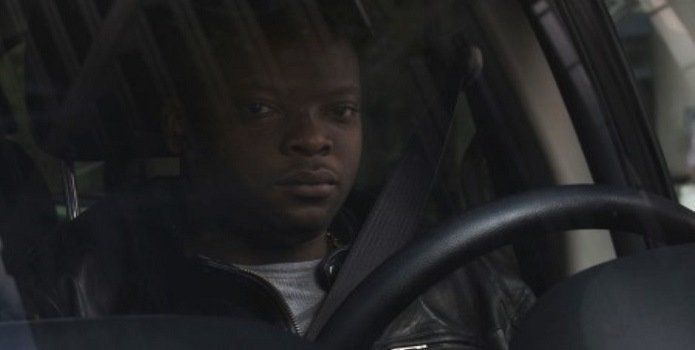 In her feature length debut Métis/Algonquin filmmaker and actress Michelle Latimer turns her lens towards a side of Toronto life that few actually see. Alias is a film that explores the world of street rap which has become synonymous with shootings and drugs in the local media. Latimer’s film cuts through the political jargon that populates talk radio and the nightly news and talks to those who are striving to make their hip hop dreams a reality. Do not go into Alias expecting an 8 Mile rise of the underdog story though. Latimer provides an honest, and at times sad, look at how urban poverty and street rap are on a continuous loop with no signs of stopping.

The film follows five individuals who cover the gambit on the Toronto rap scene. Alkatraz, Trench, and Alias Donmillion are rappers who are each at various stages of their musical careers. Alkatraz is a father who tries to juggle his responsibilities as a parent with his desire to continue making music. Trench is the “dreamer” who is determined to make it big in the rap scene, even if it means going to Europe to make it happen. While Alias Donmillion is the most successful of the three as he had a hit single that even got him national notice on Much Music. Unfortunately his musical high was short lived once he got arrested for discharging a firearm in a crowded area. Alias Donmillion now strives to reclaim a name for himself in the industry that rarely acknowledges past glory.

Latimer also highlights two other facets that are essential to hip hop music, the singers and the producers. Keon Love is the lone female in the film, if you exclude the token video models, an aspiring singer/rapper who is one of the go to people when artists need a great hook for their songs. A single mother, she represents the female voice in a male dominated industry. Another unique voice in the film is Knia, a music producer who is also aspiring to get his law degree and raise his daughter all at the same time. Knia is one of the individuals who routinely organizes the “The Stage is Yours” showcase to help promote the street rap talent in the city.

Alias paints a picture of a systemic problem of hopelessness in urban neighbourhoods. In one scene Alkatraz points out that hustling (selling drugs), playing ball, and music are the only options for most youth. He later states that “black people have been the first at being last for a very long time,” and follows it up by remark that he wants a life with options. Alkatraz’s sentiments can be felt with the other individuals as well. Each person is not only aware of how vital rap is to changing their current status, but also how limited the window is to achieve their goals. Especially considering that they all come from areas where people are killed for something as petty as not showing respect when walking on the sidewalk.

The intriguing thing about this is how it makes the ones who have children even more aware of the legacy that they will leave. Alias does a fantastic job of showing many of the artists, especially the males, in a rather positive light when it comes to parenting. This is an image that is rarely seen in mainstream media which only seems to highlight the negative aspects such as the violence and showiness of the urban music scene. This is not to say that the artist in the film do not try to live up to some of the superficial aspects of the rap world. However, Latimer is quick to breakdown the façade of most rap videos. In one of the lighter moments in the film, Latimer goes behind the scenes of the Alkatraz “Superstar Love” video shoot featuring Keon Love. Alkatraz wants to portray an image of excess and women, but is rather disappointed when he cannot even get the models and his friends to show up to the shoot on time.

Alias is a film that does not attempt to find any solutions. It shines a light on a section of the Toronto population that is frequently marginalized. From a visual standpoint the film is rather straight forward although Latimer and cinematographer Chris Romeike do incorporate a few stylistic flourishes throughout. The most notable being the almost ethereal feel she provides during the concert footage. This helps to emphasize how, for a brief few moments on stage, the weight of the world is lifted and the performers feel free. There is also a beautiful shot of a foggy Toronto skyline which accentuates the dreariness of life outside of the music scene for these artists.

It would have been nice if Alias had more of this type of visual aesthetic throughout. However, it is understandable that Latimer wants to keep the focus more on the issues at hand. Alias is a solid film that offers an interesting look at a section of society that is often vilified simply because of the type of music they are associated with.