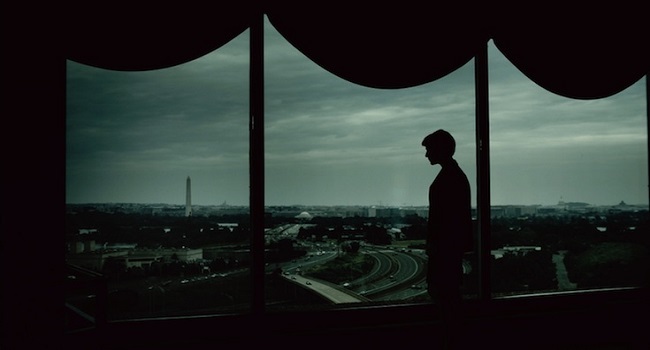 Exposing how conglomerates have influenced legislative change in order to control major media outlets, Shadows of Liberty is a startling wake up call. Director Jean-Philippe Tremblay’s film dissects how corporations, and even the government, are manipulating the news information most American’s receive. What was once a vessel for unbiased stories about real issues, many newspapers and television news channels are now spinning more mindless entertainment driven pieces.

Speaking to the likes of Dan Rather, The Wire creator David Simon, Julian Assange, Amy Goodman, and numerous others in the media industry, Tremblay is able to show how hard hitting investigative journalism, is being swept under the rug. For example, the working conditions of Nike factory workers in Asia never made it to air because it would affect the company’s bottom line. It is hard for CBS to air a story saying anything bad about Nike, when Nike is one of CBS’ major Olympic advertising partners . The same goes for government related scandals, whether it be tales of weapons of mass destruction or stories of selling secrets to the enemy, media outlets are no longer doing the digging and simply taking the word of the government as being fact.

The quest for the financial bottom line by CEO’s of corporations such as Viacom, Time Warner, Disney, and General Electric, to name a few, has crippled the state of modern day journalism. Similar to the film Inside Job, Tremblay’s intentions are clear from the start. As a result, the film is a little too one-sided without shedding much light on the smaller media outlets that still produce insightful content. Tremblay’s documentary is concerned with only the major media outlets. Regardless of whether or not you agree with Tremblay’s methods in regards to what is being featured in the film, Shadows of Liberty raises an important issue that needs to be discussed. It is especially timely considering the troubles media mogul Rupert Murdoch has found himself in over the last year. Shadows of Liberty is an effective film that will get the audience questioning everything they read and see in the news.