Blending elements of horror and science fiction, BJ Verot’s feature length debut The Return is quite an ambitious affair. The film weaves together many familiar tropes while still telling a story that feels engaging and fresh.

Returning to his family home after the death of his father, Rodger (Richard Harmon) is tasked with settling his dad’s affairs. Bringing along his girlfriend Beth (Sara Thompson) and best friend Jordan (Echo Porisky) for moral support, he slowly begins to think that suspicious circumstances may be at play. As Rodger and Jordan begin to investigate the death, and dig deeper into the family’s past, the trio start to notice strange things occurring in the house.

Slowly realizing that the shadowy force may have been haunting the house since his youth, Rodger finds himself in a race against time. He must figure out whether the key to unlocking the mystery lies in the deaths of his parents or his sister’s tragic death, before the ghostly figure makes them its next victims. 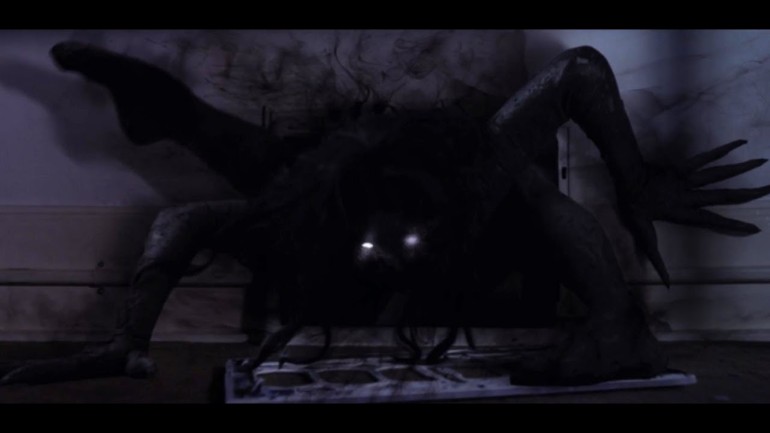 What starts off as a traditional ghost story eventually morphs into a full fledge science fiction tale. Using flashbacks to provide key pieces of information, Verot’s script packs a lot into its brisk running time. It even somehow finds time to nicely bring depth to Rodger and Jordan’s relationship. While the leaps in logic in the latter half do not always hold up to scrutiny, the film still manages to entertain.

Part of what makes The Return enjoyable is the way it incorporates well-placed moments of humour. By using Jordan as a source of levity, without striping her of genuine emotion, Verort’s film never takes itself too seriously. This also allows the film to smoothly transition between the moments of family drama that ultimately fuel the special effects horror. While the visuals and performances are strong, the story does tend to play it too safe at times. Fortunately, The Return has plenty of thrills and chills to satisfy those who like their science fiction with a side of horror.