Ignoring typical tropes of most documentaries, Beastie Boys Story refreshingly presents itself as comedy show to a live audience. Michael “Mike D” Diamond and Adam “Ad-Rock” Horovitz, the remaining members of the Beastie Boys, Adam Yauch aka MCA sadly passed of cancer in 2012, speed through almost three decades of the group’s history.

While the documentary could easily have been twice as long given the scope, Spike Jonze effectively directs the rollercoaster ride down Beastie Boys memory lane. From being high school kids, playing hooky and discovering new punk bands, to becoming one of the most important bands in music, Jonze crams as much information as possible into its two-hour runtime.

The film provides many great examples of how important Yauch was to the band’s success. ‘An enigma’ who never took a break from exploring all that life had to offer, both musically and otherwise, he consistently surprised even his bandmates. A perfect example of this is when Yauch bought himself a giant double bass and was instantly able to play it. 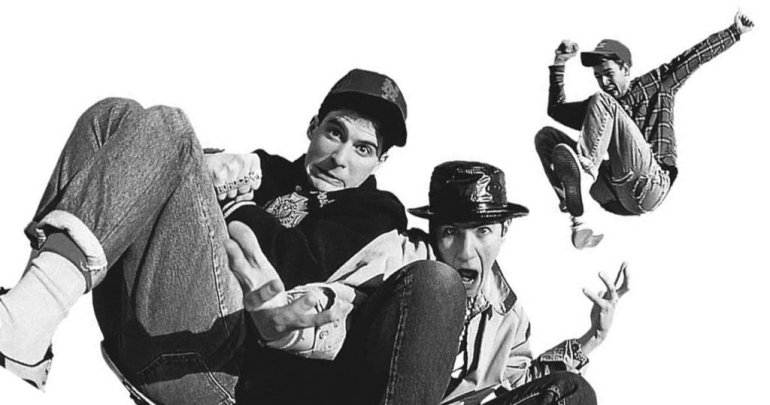 These loving tributes are spread out evenly amongst the film as the two remaining emcees reflect on everything from when they first met to the last show they played. Mike D, clearly fighting back tears at one point, talks glowingly of how much fun they were having in 2009, unaware that the particular performance was going to be their last show.

The emotion displayed speaks to the theme of friendship that runs through the film’s veins. The Beastie Boys were more than a band, they were best friends who spent more time with each other than with their families. The importance of this simple fact supersedes their musical accomplishments.

Far from a simple tribute, Beastie Boys Story is a humorous, interesting and informative film. Spike Jones, who shot multiple videos for the band, holds back his usual creative flourishes to focus solely on the band’s bond. The film even features very funny cameos by Steve Buscemi, Ben Stiller and comedian David Cross, who poke fun at the two mid-credits. Available on Apple TV, Beastie Boys Story is a tale of friendship that is not to be missed.