Beloved by his constituents, Mayor Musa Hadid resembles a rock star when he strolls to the office in the morning. He cannot go a few feet without being greeted by children and adults wanting to shake his hand. This fanfare occurs throughout the day causing unexpected disruptions to his busy schedule, especially when the foreman at a construction site Hadid visits will not let him leave until he agrees to stay for lunch. One would expect Hadid to revel in his fame but, as David Osit’s engrossing documentary Mayor shows, he is more concerned in maintaining a sense of normalcy for his people. A task that frequently comes with challenges beyond his control.

Situated 10 miles from Jerusalem, Ramallah is a Palestinian city going through great transition. From the outside it looks like any other modernized Christian based city with its bustling streets, Popeye’s fast food franchises and large neon Christmas tree to mark the holiday season. However, it is city looking toward the future while being shackled to the past. The citizens of Ramallah live under Israeli occupation and must constantly be weary of the dangers that the bordering settlements pose.

Understanding the strain that the occupation puts on his city, Hadid strives to exert the powers he has at a municipal level to evoke positive change. One may not be able to stop the Israeli army from storming in unannounced or control the political fallout of President Trump’s abrupt decision to recognize Jerusalem as Israel’s capital; but you can bring citizens dignity by providing the proper infrastructure they need to thrive. Of course, keeping his councillors on the same page, as some push to use their platforms to make anti-occupation political statements, can often be as challenging as living under the limitations of Israeli rule. 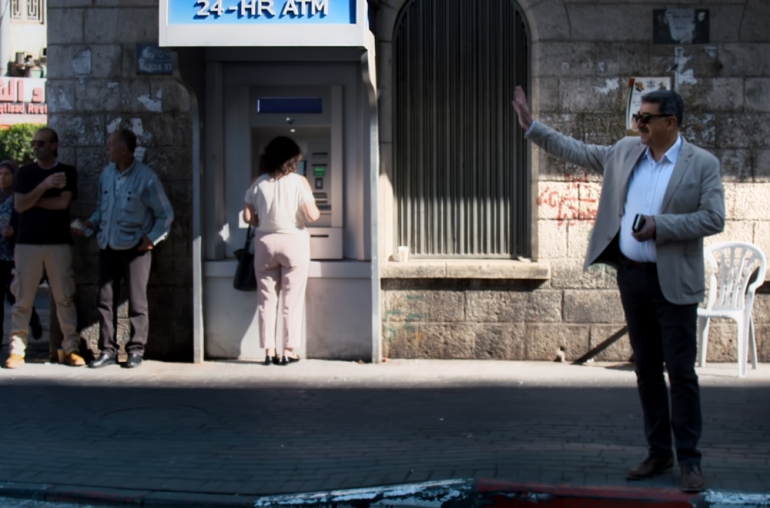 Presenting a ground level view of the Israeli-Palestinian conflict, Mayor is an astounding and enthralling film. Filled with a delicate blend of dark humour and unflinching honesty, Osit’s film drives home the difficult bind that Hadid finds himself in daily. He wants nothing but the best for his city on the rise; but cannot even get basic things, an appropriate landfill for example, as everything must go through the Israeli government.

Furthermore, as we see when Hadid makes a visit to the border, the threat of violence can arrive at any minute. In one powerful sequence Osit’s camera captures a deadly confrontation that occurs when the Israeli army marches in one night, allegedly looking for a key suspect, and clash with protesters.

Mayor knows it cannot provide answers to a complicated conflict that has deep historical roots. However, Osit’s film brings a rich nuance to the issue in a way that is rarely seen. Mayor is a passionate reminder that even when faced with struggle and injustice, there are individuals like Hadid fighting to maintain a sense of dignity for their community.