Toni Morrison’s writing has helped to shape a culture and give voice to those who are often ignored. Her work has been used as a teaching tool, a source of empowerment for generations of women and has provided nourishment for the soul. What few may realize though is that her life story is just as fascinating as those in her numerous acclaimed novels.

In Timothy Greenfield-Sanders’ latest documentary Toni Morrison: The Pieces I Am, the famed author gets to tell her own story, on her terms. What Morrison conveys is a tale of struggle, perseverance, and an unwavering defiance that will have you looking at her career in a whole new light.

Taking the viewers back to her humble beginnings, she highlights how literature was a valued source of inspiration for Morrison’s family. Her grandfather learned to read in a time when such activities were deemed illegal for black individuals. That love of literature, and the power that knowledge provides, was instilled in her from a young age. 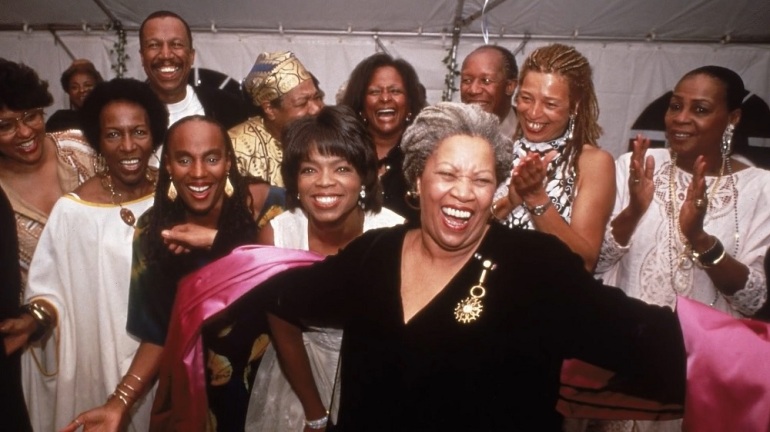 This long-standing fascination with words provided the fuel need to be successful in her careers as a teacher and as an editor a Random House, where she helped to shape the biographies of individual like Angela Davis and Mohammed Ali. However, it was only a matter of time before her passion for writing would lead her to her first novel, The Bluest Eye, being published at age 39. A book that received praise and stoked controversy with equal measure.

It is when addressing her “controversial” works that Toni Morrison: The Pieces I Am is most riveting. In directly pointing out the hypocrisy of people’s objections to her works, Morrison exposes how literature, art and the structures that support them are built around the white male gaze. Morrison had no interest in conforming to these norms. Instead her stories explored the vast experiences of black women in America, the white gaze was often pushed to the periphery.

Regardless of whether she is discussing the biases that are rampant in the world or literature or sharing insight into her triumphs and setbacks, Morrison delivers each point with a lively fire. Greenfield-Sanders wisely keeps the focus primarily on the prize-winning author. He uses archival footage and interviews with those who know her best to present a well-round picture of Morrison’s life. Though the likes of Oprah Winfrey, Walter Mosley, Fran Lebowitz, Angela Davis and others appear to sing Morrison’s praises, they never steal her powerful thunder.

Toni Morrison: The Pieces I Am is a fascinating portrait of one of America’s most influential authors. A woman who defiantly forged her own path and reshaped how many viewed race, gender and life in the process.