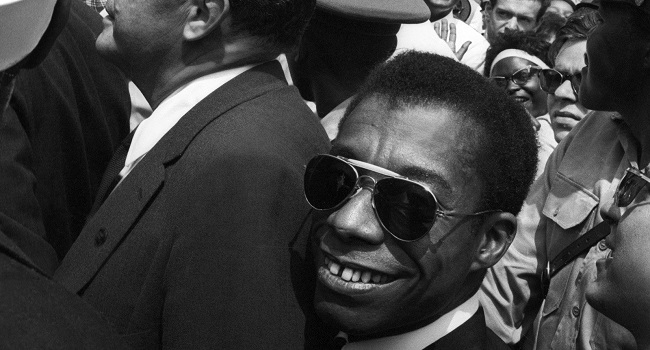 “What is going to happen to this country?”

Novelist James Baldwin believes this the real question that should be considered, while appearing on The Dick Cavett Show, rather than the one he has been asked regarding why black people are not jovial about their better life. Of course Baldwin, and those taking in Raoul Peck’s breathtakingly powerful documentary I Am Not Your Negro, knows that things have not improved for the black community in 1968 as much Cavett implies they have. The truth is America, and by extension the world, is stuck in a unhealthy historical loop.

No matter how much one tries to ignore it, or dress the discussion up in clothing that is more pleasing to one’s personal comfortability, the cycle of hate and injustice will persists until we are truly willing to take an honest look at race and ourselves.

Thankfully I Am Not Your Negro is a perfect starting point for such inward reflection. Extrapolating Baldwin’s unfinished manuscript, which was intended to tell the story of America through lives of his friends Medgar Evers, Martin Luther King Jr. and Malcolm X, Peck’s film is a riveting examination of America’s messy relationship with race. Despite dying 30 years ago, Baldwin’s astute words are just as piercing to the ears and soul now as they were when he was alive.

The weariness Baldwin displays in archival interviews, and in Samuel L. Jackson’s narration, speaks volumes to the pain of having to constantly justify one’s place in the world. Ever the intellectual soldier and social commentator, this fatigue does not stop Baldwin from throwing numerous grenades of truth in his work. Whether observing the way a young Dorothy Counts had to endure being the first black student in her North Carolina school with “history jeering at her back,” or commenting on the romanticized hero worship that white revolutionaries receive in media compared to their black counterparts, Baldwin’s assessment of America’s problematic culture is stunning.

Much like Baldwin himself, Peck does not shy away from hitting points home without talking down to his audience. He crafts a cinematic essay that is equally thought-provoking and enraging from beginning to end. There is a sense of urgency to Peck’s construction. He skillfully brings Baldwin’s philosophies to life on screen, showing how fear and hate has made Americans captives in their own minds. So determined to protect themselves from a supposed evil, which they have constructed, they fail to realize the generational reverberations that it has caused.

While there have been many great films that deal with race in America, few are as masterful in making viewers reconsider everything they thought they knew about racism. In an era when chants of “All Lives Matter” are used to respond to “Black Lives Matter” protests, rather than to support those who are the subject of injustice, and when political correctness is viewed as unfairly stifling those who have historically played the role of the oppressor, Peck’s film cuts through the rhetoric that distracts us from confronting the real issues at hand. I Am Not Your Negro not only remind us that we are not as far removed from the Civil Rights Movement as we would like to think, but also that we each need to make honest changes in ourselves before we can truly change the conversation of race in America.