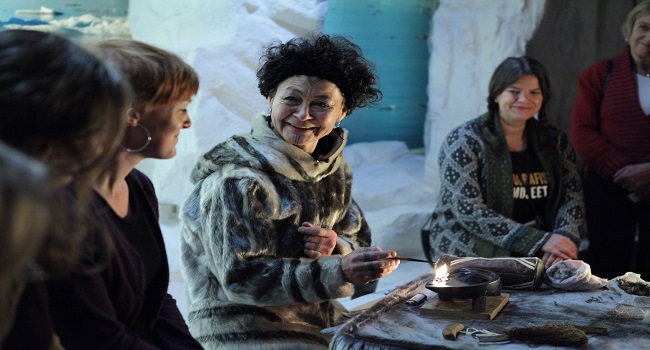 An Inuit community in Canada’s northern territories faces an interesting challenge. How can a culture, that prides itself on a patient and understated expression of anger, make themselves heard when their opponents are famous for a more aggressive approach?

Canadian seal hunting has gotten a lot of media attention since the late 1970s thanks to well-funded animal rights groups and their celebrity spokespeople. The brutal clubbing of baby seals in Newfoundland and Labrador may be the most common image associated with seal hunting but, for many Inuit people living in Nunavut, the practice looks very different. Traditional seal hunting, in a culture well-known for a humane and non-wasteful approach to killing animals, can be a matter of survival in some parts of northern Canada. Not only do they eat the meat and wear the fur, the latter of which is a necessity with the region’s frigid temperatures, but they also need money to survive just like the rest of us. One way they can earn money is by selling products made from seal fur.

Although the laws related to seal hunting make exceptions for the Inuit, decreased demand due to such laws, and the propaganda put out by Greenpeace and other organizations, have driven prices down, making it harder for them to survive economically. In Angry Inuk, filmmaker Alethea Arnaquq-Baril follows fellow Inuit activists to Ottawa, Toronto, and Europe as they try and tell their side of the story.

Alethea Arnaquq-Baril, using fantastic footage of northern Canada, gives us a behind the scenes look at traditional seal hunting and the preparation of furs. More importantly, she takes the time to lay out the historical and political context that can limit the options of First Nations communities. And finally, by focusing on a social media campaign designed to educate people about traditional seal hunting, she gives hope for a more constructive dialogue in the future.

It’s a side of the story that is so often drowned out by extremely vocal activist groups that have the money and resources to make themselves heard. At my day job, I work as a social worker with First Nations and Inuit people and even I have never heard the story of seal hunting told quite like this. Regardless of your position on animal rights, Angry Inuk is a fascinating film, one that offers a perspective that we don’t usually see.

This review was originally published as part of our 2016 Hot Docs coverage.