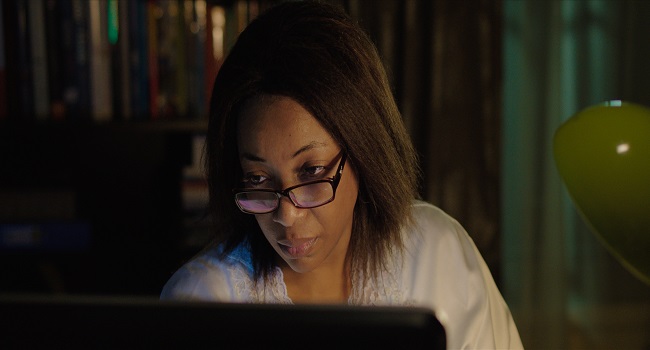 In his ripped from the headlines thriller 93 Days, director Steve Gukas takes audiences on a harrowing tale of courage in the face of tragedy. Documenting how the recent Ebola outbreak impacted Nigeria, Gukas’ film manages to bring weight to the events while still keeping audiences on the edge of their seats. The story kicks off when a foreign diplomat from Liberia is stricken with a sudden illness. Convinced he simply has malaria, the man wants nothing more than to get back to his government related work. However, Dr. Ameyo Adadevoh (Bimbo Akintola) believes that something more serious is at play. Discovering that they have a potential Ebola epidemic on their hands, as doctors start falling ill to the virus, Dr. Adadevoh and the staff at First Consultant Hospital, which include Dr. Ada Igonoh (Smokele Iyamah-Idhalama) and chief of staff Dr. Ohiaeri (Danny Glover), race to contain the outbreak before it reaches the 21 million people who inhabit Nigeria.

Based on actual events, Gukas’s film takes great care not to sensationalize the tragedy that occurred a few short years ago. Furthermore, his direction ensures that the film never stumbles into television movie of the week territory. Instead he crafts a gripping story that honours the medical heroes who where willing to sacrifice it all to help their fellow countrymen and women. Gukas does a good job of breaking down the myths of what the face of Ebola really looks like. Long believed to be a virus that only afflicted farmers and the poor, 93 Days shows that Ebola does not discriminate in its path of destruction. While the performances are solid across the board, Smokele Iyamah-Idhalama is especially strong as a doctor who finds herself in quarantine along with the other Ebola victim. Iyamah-Idhalama delicately balances Dr. Ignogoh’s fears of losing her difficult battle with the virus, and her convictions as a doctor to help the afflicted in their time of need.

Tackling real events with dignity and grace, 93 Days provides a compassionate face to a dark and scary time in Nigeria’s recent history.