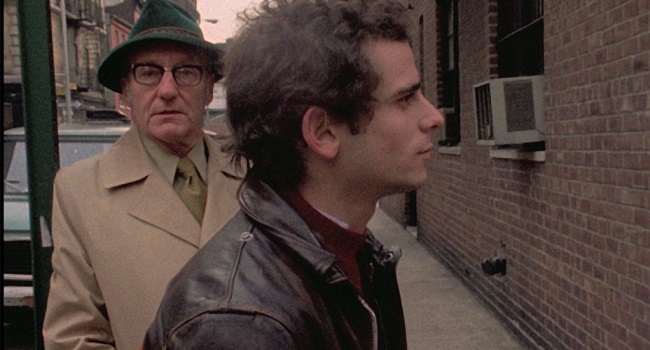 Howard Brookner never got the chance to see his first big budget film shine on the big screen. After having two documentaries under his belt, including the award-winning documentary about William Burroughs entitled Burroughs: The Movie, Howard was working with the likes of Matt Dillion and Madonna before he died of AIDS in 1989. Though he was a prominent figure in the New York City cultural revolution, his life remained somewhat of a mystery to his nephew Aaron Brookner.

Now almost 27 years after his uncle’s death, Aaron, a filmmaker himself, embarks on his own personal journey to unlock a side of his famed uncle that he never knew. Uncovering archival footage stored in Burroughs’ bunker for 30 years and interviewing many individuals, including filmmakers Jim Jarmusch and Tom DiCillo, who worked on the Burroughs film early in their careers, Uncle Howard paints an intimate portrait of a man who left a positive mark on everyone he encountered.

As some of the candid home movies show, even when he was battling HIV, his spirits remained as upbeat as one could hope for under the circumstances. It is easy to see why a man like Burroughs would be so taken with the director. Providing an honest and emotionally rich insight into Howard Brookner’s life, including then tension that came with coming out to his Jewish parents and the life he lived with long time partner Brad Gooch, there is plenty to absorb in the film.

Similar to its haunting final shot, where the film shows footage of the late director twirling in his former apartment which no longer exists, his presence can be felt in every inch of the film. Howard Brookner may no longer be with us, but it is clear through this touching film that his legacy will live on for many years to come.

Tickets can be purchased at the Inside Out website.