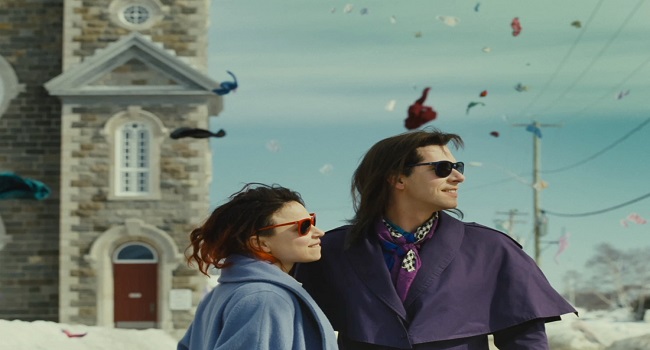 Today is National Canadian Film Day, a day to celebrate Canada’s long and rich cinematic history. In honour of the day, we are giving away a Blu-ray/DVD combo copy of Xavier Dolan’s stunning 2012 film Laurence Anyways. The story focuses on the complicated relationship between Frédérique (Suzanne Clément) and Laurence (Melvil Poupaud), a successful novelist who has decided to transition into a woman. Spanning a decade, the film chronicles the couple’s highs and lows as they navigate the ramifications of Laurence’s decision to be true to her real self.

To win a copy of the film, simply like Cinema Axis on Facebook and/or follow us on Twitter. Your name will be entered in the draw and the winner will be chosen at random. The contest runs until Satuday, April 30, 2016 at 11:59 PM. This contest is only open to residents in Canada and the United States.

Be sure to catch Xavier Dolan’s latest film, It’s Only the End of the World, which will be premiering at Cannes in May, when it hits theatres later this year. More importantly, take some time today, heck make it the rest of this week, to enjoy Canadian made films.