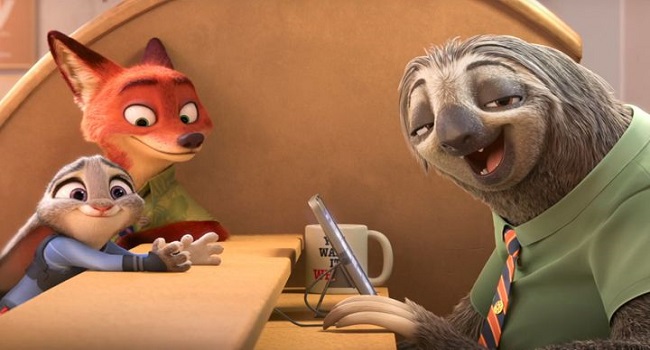 A little over a year and a half ago, I was at MacDonald’s with my wife and then three-year-old son hoping to grab a quick bite before running a few errands. While my wife stood in line to order our food, my son and I rushed to grab the only seat available in the surprisingly packed restaurant. Two elderly men watched with marvel as my son quickly made his way to the table and hopped in the hard red chair of the booth. I did not pay this much mind because, as a parent, you quickly get use to retirees beaming with glee at the sight of babies and toddlers. So when one of the two men, who were both white, said to me “boy he is a fast one,” I took it as a friendly acknowledgment of my son’s youthful exuberance.

What he said next shocked me.

Turning to my son, whose attention was now focused on the other customers around him, the man said “that speed will come in handy when the cops are chasing ya.” I sat there for a moment, stunned in disbelief at what I had heard. My son had just experienced his first incident of racism, but was too young to know it.

The fascinating thing about all of this was that the man was oblivious to the offensive nature of his comment. He went on talking to us, occasionally lacing in other offensive remarks, this time of the sexist variety, like we were old friends catching up over coffee. Just like a comedian who can deliver an old joke in his sleep, there was an ease to the inherent biases that were unconsciously scattered throughout his words.

My mind drifted back to that moment quite a bit while watching Zootopia with my son recently. The latest film from Walt Disney Animation Studios plays like a lovable riff on the film 48 Hrs. The premises involves a determined rookie bunny cop, Judy Hopps (voiced by Gennifer Goodwin), joining forces petty criminal fox , Nick Wilde (voiced by Jason Batman) , to solve a missing persons case. Uncovering a conspiracy that takes them through the underbelly of Zootopia, a seemingly progressive city were predators and prey co-exist together without incident, Judy and Nick must put their differences aside if they hope to solve the case. 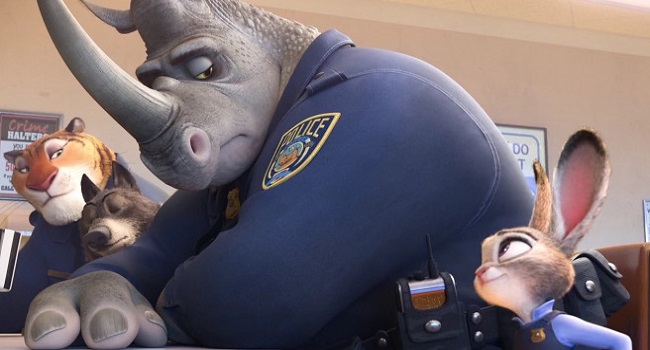 Although Zootopia has a lot of fun playing with the tropes of the buddy cop genre, and it is indeed an extremely enjoyable romp, the ambitious look at race and gender is what makes it truly captivating. It is one of those rare animated films in which one will walk away with something completely different depending on your age, gender, or life experiences. While my son, who will be turning five in a few months, enjoyed the “you can be whatever you want when you grow up” message, the themes of prejudice sailed over his head. However, as a parent, I found the commentary on race and gender to be a valuable conversation starter for my kids when they get a bit older.

Similar to the man in McDonald’s who naturally assumed my black son would undoubtedly grow up to be a criminal, the main characters in Zootopia are burdened by the stereotypes others have imposed on them. Since she was a young child all Judy wanted to be was a police officer. However, she is repeatedly told by others, that her species is not built for such rough job. This is punctuated by a moment in her youth when a bully, who happened to be a fox, not only pushes her down, but threatens her with additional violence if she does not mind her place.

Nick endures a similar incident in his youth when a supposed initiation into a club, turns into an excuse for a hate crime. Unlike Judy, Nick’s torment does not come at the hands of predators, but rather those who would normally be considered prey. This establishes a rather interesting dynamic between the pair. Though Judy is initially presented to be part of the minority, when she arrives in Zootopia, it is clear she is actually a member of the majority. The film loses sight of the cultural hardships of her species at this point, or at least does not make it as pronounced. Instead the film quickly shifts to her role as a female in a predominantly male profession.

As much as Judy wants to believe that everyone deserves a fair shot at proving themselves, her encounters with Nick only further solidify that even she is susceptible to perpetuating the same ingrained biases that she supposedly wants to fight against. Though she may have partnered up with Nick, they are far from equals. The fact that she still keeps her mace-like can of fox repellent at her fingertips speaks volumes. 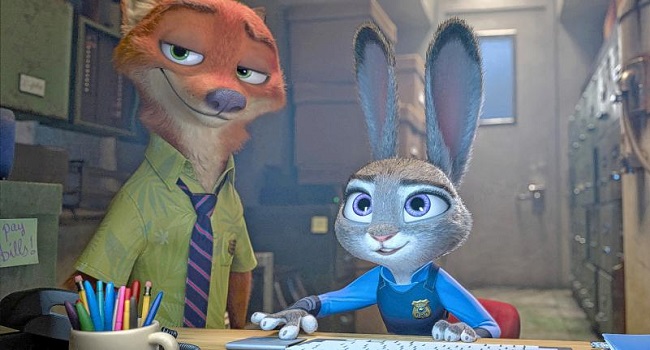 This leads to an intriguing flaw in the films’ construction. Although Judy is both depicted as the minority and the majority at different points, Nick is not afforded such luxuries. He pretty much becomes a criminal because that is what society expects of him based on his species. Nick buys into the stereotypes that are casted upon him. By contrast Judy gets to be both the victim and the savior.

While such contradictions, coupled with the film’s stance that we would all live in harmony if we just stopped judging each other, can be annoying in films like Crash and The Blind Side; it is in the messiness that parents can find true value. In these tattered racial and gender strands are numerous entry points for parent and child discourse.

Zootopia presents a comfortable platform that parents can springboard off of to discuss issues of inequality with their kids in a digestible way. It is a film where the meat of the numerous messages will get even heartier as those same kids get older, revisit the film, and begin to encounter the uglier side of life.

It has taken years for society to chisel away at the systemic nature of racism, and we have barely scratched the surface. However, there is something comforting about a film like Zootopia, as tangled as its social commentary is, taking its broad hammer to the boulder of cultural biases. Though it may only make a faint dent into the massive issue, Zootopia greatest accomplishment is the discussions it will evoke afterwards.