As I close off the year by cuddling my newborn baby girl in my arms, I am reminded how much life can change in the span of a year. While filled with many ups and downs, as is always the case, 2015 brought a bounty of titles for cinephiles to enjoy. Though, as I mentioned in an earlier post, there was plenty of discussion regarding if there were any truly great films amongst the mountain of good, coming up with a top ten is always tough. While the likes of The Revenant and The Hateful Eight will not catch my gaze until the New Year, here are the films of 2015 that I loved the most. Please note that, unlike previous years, this list is limited to only films that were released theatrically in 2015, so some of the stellar films that I saw at festivals this year, such as The Witch and Chevalier, are not included.

10. It Follows
It Follows was not the best horror film I saw this year, that award goes to The Witch, but I cannot deny that I had one hell of a good time watching this flick. I loved the overall concept and the execution (the camera work in the film is brilliant). Though I am not sure I completely understand the wonky logic surrounding the central entity’s movements, or its ability to be injured for that matter, few films have offered such a unique and thrilling take on modern teenage sexuality.

9. Victoria
A heist film done in one continuous shot. Sure it sounds like a gimmick, some will argue that it is one, but this film felt like the complete package to me. Despite its slow build up, this film had me on the edge of my seat the entire time.

8. Creed
If 2015 was the year that nostalgia ruled the box office (Jurassic Park, Star Wars), then Creed was one of the positive things to come out of this trend. Director Ryan Coogler not only crafted an inspirational and thrilling tale, but also created a modern day cinematic hero that young people, especially young black teens, can get behind. Needless to say I loved the hell out of this film.

7. Beast of No Nation
Visually stunning, endlessly polarizing, and unflinching in its depiction of child soldiers, Beast of No Nation is an experience that one does not forget. I think it will take a few years of distance before its detractors truly see the intricate beauty in both Cary Fukunaga’s construction and the blistering performances given by Abraham Attah and Idris Elba.

6. Carol
Easily the most captivating and rewarding romance released this year, Carol is a pure delight. Filled with winning performances and a visually scrumptious palette, Todd Haynes’ film is even better upon second viewing. It offers a rapturous exploration of a relationship that has as much to lose as it does to gain.

5. Sicario
If this film and Cartel Land have taught me anything in 2015, it is that the war on drugs is far more complex than we can ever imagine. The more thrilling of the two, Sicario is a gripping action-thriller that rarely eases up on the tension. Exquisitely constructed, and featuring wonderful performances from the entire cast, Denis Villenueve’s film is ripe with moral complexity and suspense.

4. Spotlight
What I loved about this film was that, while it clearly shows that the institution of the Catholic church needs an overhaul in regards to how it handles the misconducts of its own, the overall message is that society as a whole is not above judgment. We all have a role to play in protecting those easily preyed upon. Highlighting the importance of old school journalism, and anchored by sensational performances from the ensemble cast, Spotlight is a film worth stopping the presses for. 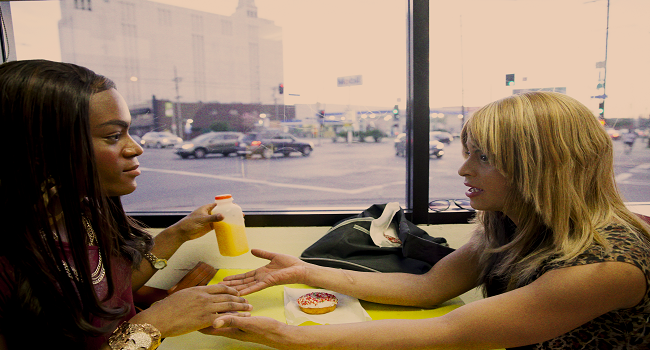 3. Tangerine
I love this film, I truly do. I have watched it several times and its blend of humour, energy, and surprising heart wins me over every single time. Thought the fact that it was shot on an iPhone has garnered much of the attention, it is Sin-Dee, Alexandra and all those who frequent Donut Time on Christmas Eve that makes Tangerine such a delight. 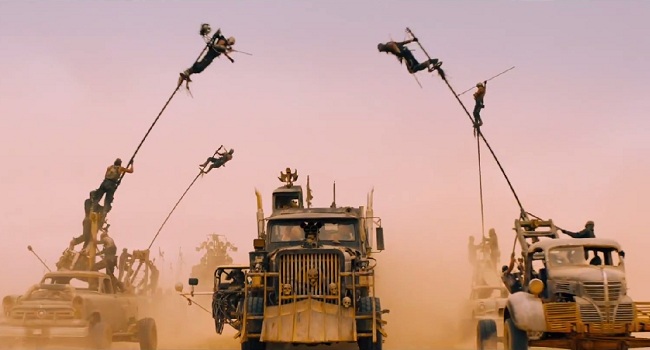 2. Mad Max: Fury Road
What a lovely day indeed. An unexpected adrenaline shot to the heart, Mad Max: Fury Road is a wonderful reminder that imagination and originality are still alive and well in cinema. There are some, including my wife, who think the film is vastly overrated. They are entitled to their opinion, but I am more than happy to frequently revisit the world of war boys, flaming guitars, and one of the most bad ass female characters to hit the screen in 2015.

1. Anomalisa
For a film in which the central character is bored with the ordinary, Anomalisa manages to take a standard premise and turn it into something truly magical. This bittersweet film exudes creativity and emotion in a way that is simply stunning. It is an animated film that feels more alive than several of its live action counterparts this year.