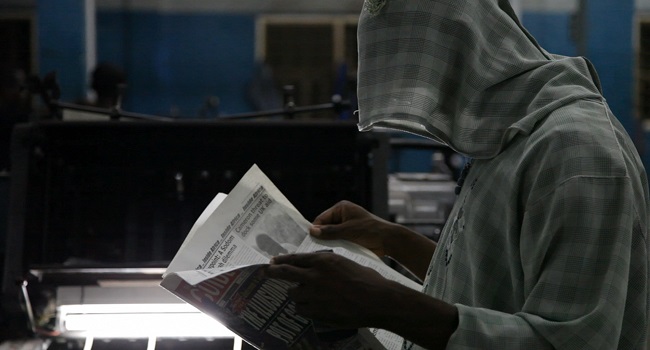 Watching Chameleon, a film about the life of a journalist, was a huge privilege for me. As a journalism graduate, I appreciate how hard the life of a journalist is. Investigating a story and then telling it truthfully is a difficult task especially when you have to rely on others and their trust in you enough to share their story. And when as a journalist you seek out stories that put your own life at risk, your job becomes that much harder.

Anas Aremeyaw Anas is a famous investigative reporter praised as many things: a journalist of the year award-winner; a hero acting to end modern-day slavery; one of the most celebrated journalists in Africa; the “James Bond” of investigative journalism. Despite his fame, few people have seen his face, but most people recognize his work. He “uncovers those in the dark and brings them to light,” says one woman. He works directly with law enforcement to ensure that justice is carried out effectively. In doing so, he lays down his life to bring to light all of the injustices that are happening in African societies.

Chameleon comes off like a modern-day spy thriller. We never see Anas’ face. The only parts of him we see are his back, his hands and his mouth. All shots of his full body or of his face are in soft focus. He is always hooded or wearing a hat. We hear his voice, though, and we see what he sees through the camera lens. This style of not really seeing Anas, but hearing him is very compelling. We hear him speak to the police about the targets he is investigating; we hear him talk to present-day students at the school he used to attend as a kid; we hear him describe the disturbing crimes that he is trying to uncover; and we hear him flesh out his stories before they go to press.

It is an extremely powerful narrative style and we as viewers lack nothing by not seeing Anas’ face. What makes this documentary so gripping is that it often feels like we are sitting alongside Anas, or following behind him in a ride-along, as he and the police raid the home of a child rapist, expose an illegal abortion doctor, bring down a prostitution ring and dismantle a human trafficking operation posing as a prayer camp. We are brought along almost like co-journalists bearing witness to all of the action as it is taking place, as though we are breaking the story with him, and it’s thrilling.