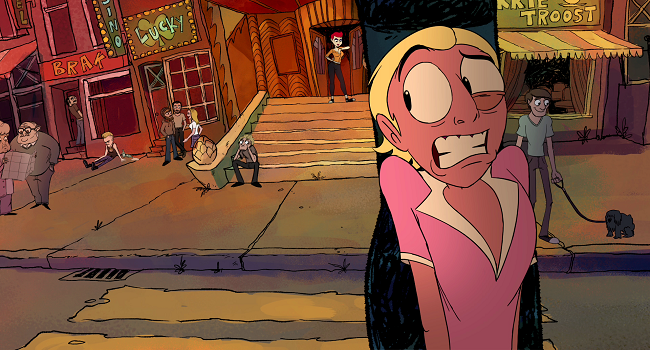 In Davor Bujaković and Junaid Chundrigar’s amusing short film Haring, it is the little choices that leave the biggest impact. The Dutch tale follows Diederik as he makes the mistake of eating herring from a local street vendor prior to a date. Cursed with less than desirable breath as a result, Diederik must do everything in his power to get rid of the odour and make it to his date on time. Filled with fluid animation and a wonderful use of colour, which gives the streets a beautiful yet somewhat seedy feel, Haring is a fun romp from beginning to end. The film hits all the right comedic beats while still offering up a few surprises along the way. It is easy to see why this crowd-pleaser was selected to screen in front of Marvel’s Guardians of the Galaxy in Dutch Pathé cinemas.