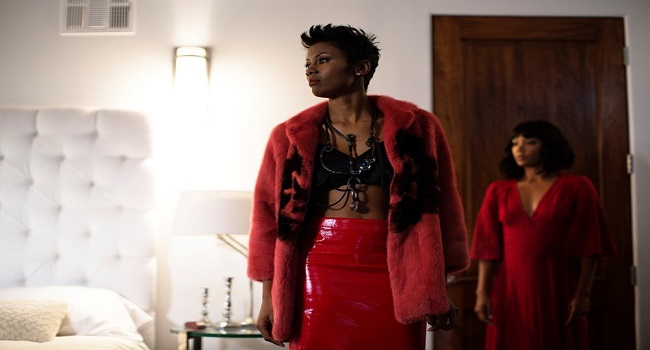 As we saw last year with Wes Anderson’s short for Prada, Castello Cavalcanti, the union between fashion and short films is getting stronger with each passing year. It makes sense when you think about it. The designers get to subtly flaunt their clothing while the filmmakers get the creative freedom that is not often offered to them when making feature films for studios. Today’s short is a product of this type of creative partnership. Ava DuVernay, whose upcoming Martin Luther King film Selma is already generating awards buzz, created The Door as part of Miu Miu Women’s Tales collection of short films. The collection also features works by Miranda July, So Yong Kim, Hiam Abbass, and Zoe Cassavetes to name a few. The Door is an elegant film about a woman (Gabrielle Union) trying to overcome her deep melancholy. As the other women in her life (Alfre Woodard, Emayatzy Corinealdi, Adepero Oduye and singer-songwriter Goapele) attempt to lift her spirits, she must find it in herself to take that first step to walk through the door on her own. Since the stylish short features no dialogue, DuVernay skillfully ensures that the film never veers into music video territory. Her talented cast uses subtle facial gesture and body movements to convey both the sadness that flows within the film, and the wonderful sense of female empowerment that bubbles underneath the surface.