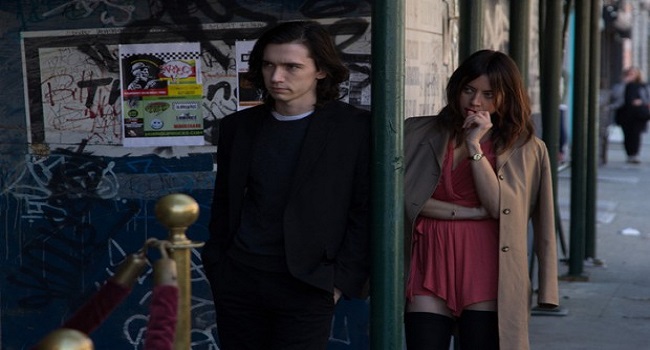 Hal Hartley has been making films for 25 years and yet he is still not a household name. Even amongst many self-proclaimed cinephiles, Hartley’s name does not ring bells the way it should. Not that this fazes Hartley mind you, he is a director who cares little about being accepted by the masses. His interests lay in experimenting with the medium of film and exploring the desires and misunderstandings of the character that inhabit his eccentric world.

After indulging in his more experimental side over the last few years, Hartley is back in the comfortable confines of his trademark narrative structure with Ned Rifle. While it would be unfair to call the film a return to form for Hartley, as it would inaccurately imply him losing his way, the film does harken back to the comedic tones found in many of his popular 90’s work. Fans of films like The Unbelievable Truth, Trust, Surviving Desire, and countless other gems directed by Hartley are going to love Ned Rifle.

Similar to an old friend that has been away for a while, it instantly becomes apparent how much we missed being in the presence of the film’s characters. Everything from the deadpan delivery to the hyper-intellectual dialogue wraps around us like a warm blanket. Bringing back many of his loyal actors over the years – it is hard not to get giddy when actors like Bill Sage and Karen Silas pop up on screen – the film is everything his fans hoped it would be.

Concluding the trilogy that he started with Henry Fool in 1997, and picking up after the events of 2006’s Fay Grim, Ned Rifle shifts the focus this time to Henry Fool’s (Thomas Jay Ryan) son Ned (Liam Aiken). Living with the family of a Christian minister (Martin Donovan) for the past several years, as part of his witness protection program, Ned is finally old enough to make his own decisions. Now 18 years-old and a devout Christian, Ned decides to venture out and make his mark on the world. The first item on his list of things to do is track down his father and kill him for all the strife he has caused the family.

In order to find clues regarding Henry’s whereabouts, Ned must pay a visit to his mother Fay Grim (Parker Posey) and his uncle, former garbage man turned renowned poet, Simon Grim (James Urbaniak). It is upon his visit to Simon’s hotel that Ned encounters Susan Weber (Aubrey Plaza), a woman who wrote her college dissertation on Simon’s poetry. Thinking that she is merely one of Simon’s groupies, Ned eventually lets Susan tag along on his journey unaware that his strange companion might have ulterior motives.

Filled with a plethora of hilariously off-beat one liners and visual gags, Ned Rifle is a rewarding comedy for those who are familiar with the series. This is not to say that newcomers to Hartley’s world will not appreciate it. While the amusing significance of side characters like Bud (Bill Sage) wearing a garbage man’s uniform may over fly the heads of some, Hartley lays the film out in such a way that it also works well as a stand-alone tale.

While the majority of the cast is well versed in the rhythms of a Hal Hartley film, one of the most surprising aspects of Ned Rifle is how well Aubrey Plaza fits into this universe. Plaza completely embraces the off-kilter nature of her character and the world she exist in. She rattles off Hartley’s stylized literate dialogue with impressive speed.

Opting to use crowd-sourcing to fund his film and retain creative freedom, Hal Hartley once again shows us why he is one of the most interesting independent filmmakers working today. Ned Rilfe is a pure joy to watch. Though the film marks the end of the line for the trilogy, Ned Rifle reminds us how wonderful it is to spend time in Hartley’s unique world.

Ticket information can be found at the TIFF website.