After struggling for four years to get her film Beyond the Lights made, the stars could not have aligned more serendipitously for director Gina Prince-Bythewood. Coming off a summer in which Nicki Minaj set tongues wagging by releasing both a controversial cover image and a racy video for her latest album Anaconda, Beyond the Lights’ examination of the hypersexualization of women in the media is very timely. Our first glimpse of the adult version of Noni Jean (Gugu Mbatha-Raw), the R&B starlet of Prince-Bythewood’s film, comes in the form of a music video. She struts around in a skimpy bondage style outfit, which is a wardrobe malfunction waiting to happen, while rapper Kid Culprit (played by real-life artists Machine Gun Kelly) grinds on her like she is another one of his many conquests.

After guest appearing on three of Kid Culprit’s number one songs, her acceptance by the industry is cemented with winning a Billboard award weeks before her own debut album hits shelves. Gracing the cover of magazines and giving playfully suggestive interviews, she plays the role of the sexual minx perfectly. Her album sales are predicted to go through the roof not for her vocal talents, which she has in spades, but rather the fantasy that she sells. What everyone, including her record label and mother/manger Macy (Minnie Driver), fail to see is the deadness behind Noni’s eyes. She has paid her dues to achieve stardom, but has lost sight of herself in the process.

Drowning within the image she has created, Noni attempts to commit suicide but is foiled by a local cop, Kaz Nicol (Nate Parker), who has been assigned to guard her hotel room. On the fast track to transitioning into politics, Kaz is inadvertently swept up into a media circus of Noni’s life once news of her “accidental fall”, as the record label spins it, hits the press. The only one to truly see that Noni is in desperate need of help, Kaz finds himself struggling to come to terms with his feelings for her and his objections towards the destructive nature of the record industry. 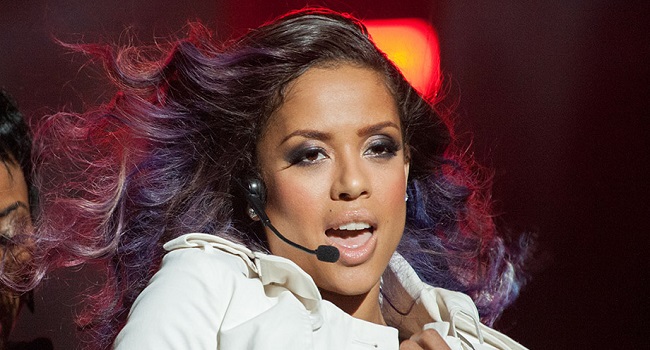 What makes Beyond the Lights such a special film is that it is so much more than the typical boy meets girl story. This is a tale about two individuals brought together at a time when they are each trying to rediscover their true self. We are drawn to Noni and Kaz because of their imperfections, the inner scars that threaten to shatter the perfect image that others around them are attempting to mold. The romance feels authentic which allows Prince-Bythewood to smoothly explore deeper themes than what is traditionally expected of the genre.

The film is as much about the objectification of women as it is a tale about the cycle of regret. Some of the most riveting moments are when Prince-Bythewood shines a light on the turbulent relationship between Noni and Macy. Gugu Mbatha-Raw and Minnie Driver are sensational as the submissive daughter and overbearing “momanger”. They are two women who started on roads paved with good intentions, but ultimately veered off course within the dense and unforgiving fog of stardom.

It is through Mbatha-Raw’s and Driver’s exceptional work that Beyond the Lights is able to provide such a scathing commentary on our obsession with female celebrities. Prince-Bythewood accurately shows how both the media and the consumers have turned female stars into objects for consumption and judgment. We have stripped away not only their clothing, but everything that makes them human. The recent hacking, and subsequent release, of naked photos of stars like Jennifer Lawrence further proves this point.

At times Beyond the Lights does fall into the trap of having a few too many loose ends to tie up. Certain moments, such as the one where Kaz is called into a domestic abuse situation, bring an unnecessary predictability factor to the film. Fortunately, the social commentary and the central romance story are so engaging that it is easy to overlook some of the familiar tropes within the film. Beyond the Lights is a wonderful and timely love story. We not only fall in love with the characters, but also walk away viewing female artists, such Nicki Minaj, Katy Perry, and the numerous others who get more press for their physical attributes than their actual talents, in a different light.