Four years ago today, I married a woman whose love and continual support has been an instrumental part of my film loving obsession in recent years. Although not a film buff, my wife has always encouraged all of my film related activities. Whether I am taking in film festivals, or spending far too much time with this blogging hobby, she has always been right there cheering me on. So in honor of the occasion, I thought I would briefly share a few films that have left their mark on my marriage. 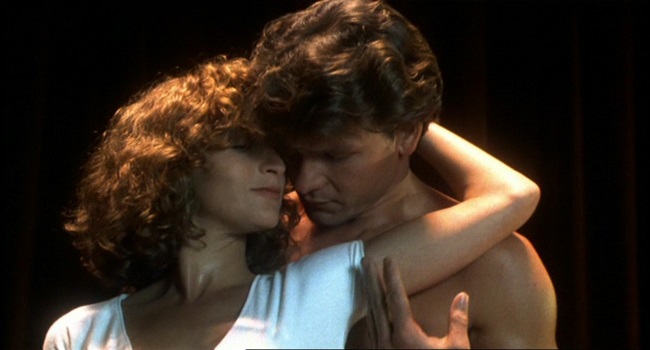 Dirty Dancing
There are at least five versions (including VHS!) of this film currently in my home. I still cannot fathom why we need so many? However, according to my wife, each one is important. The funny thing is despite all these copies, my wife still feels the need to watch Dirty Dancing every single time it is on television. Long story short, no one puts baby in the trash!

Viva Riva!
Though my wife, at least since she has been with me, is open to watching a wide variety of films, she draws the line at excessive violence. Therefore, horror films and certain gangster films are immediately crossed off her list. Enter the now infamous Viva Riva! screening at TIFF back in 2010. Not fully reading the TIFF program book, I assumed the film was a Congo version of a James Bond flick, turns out it was the Congo version of Goodfellas. After enduring an hour of gratuitous violence and sex my wife decided she had seen enough and stormed out of the theatre. To this day Viva Riva! still stands as the only film she has ever walked out on. 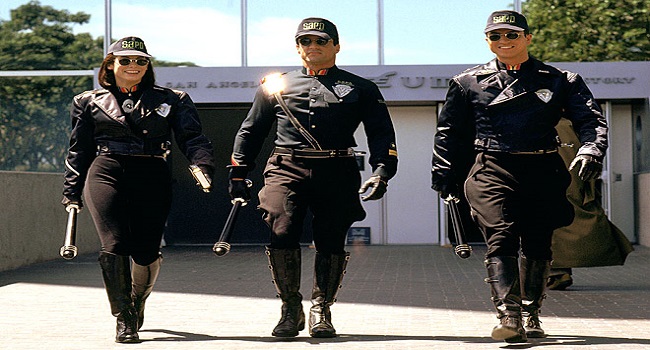 Demolition Man / The Fifth Element
So you know that whole thing about not watching graphic violence, well apparently that only applies to certain films. The violence found in films like Demolition Man and The Fifth Element, two of her favourites, seem to get an instant pass in her books. She claims it is because the action sequences in those films are more cartoonish than realistic. Regardless, do not try to have any sort of conversation with my wife if these two films are on television.

Breathing
In many ways Breathing is “our” special film. That film experience that we will always remember because it feels like we are the only ones, amongst the film lovers I know, to actually see this gem when it played at TIFF several years back. Playing in the smallest theatre at The TIFF Bell Lightbox, Karl Markovics’ (The Counterfeiters, The Grand Budapest Hotel) directorial debut was a random “what else is playing at that time” pick after the film A Separation sold out. Regardless, we ended up falling in love with this captivating film that unjustly went unnoticed at the festival.

Terminator 2: Judgment Day/ The Visitor
We all know the key to a good marriage is love, trust, and respect. However, sometimes it is all about the “little wins.” These are the films that my wife had absolutely no interest in seeing initially, but ultimately ended up loving. My two proudest “little wins” are seeing her do a complete 180 on both Terminator 2: Judgment Day and The Visitor. While small victories in the grand scheme of things; it still brings a smile to my face thinking back to her demeanor both prior to and after seeing those films.

What are some films that will always remind you of that special someone (either past or present)?