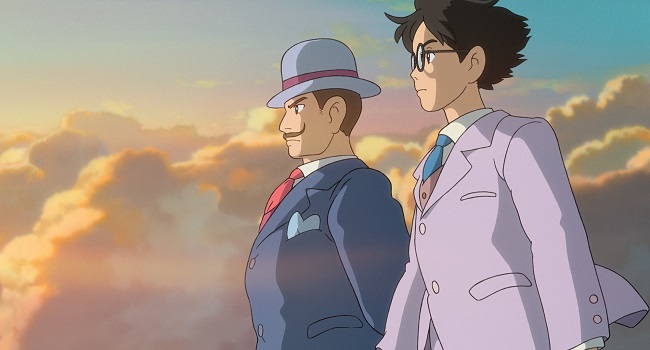 The themes of nature and dreams have always been key elements in the films of master Japanese animator Hayao Miyazaki. He has created numerous works, featuring magical lands and mystical creatures, which have questioned the carelessness of mankind. The Wind Rises, his latest and possibly last film if the retirement rumors are to be believed, continues this trend from a rather unique and grounded perspective.

Drifting through every aspect of the film as if it is a living being, the wind provides both a sense of hope and despair. It signifies the rising winds of change that will push Japan into a future filled with success and pain. To understand the constant juxtaposition that the wind offers, one just needs to look at the film’s protagonist Jiro Horikoshi.

Loosely inspired by the real life man who designed Japan’s infamous Zero fighter planes, known for their use in the bombing of Pearl Harbor, much of The Wind Rise’s beauty comes from the complex nature of its main character. From a young age Jiro wanted nothing more than to fly airplanes, something he knew he would never do since he wore glasses. Though Jiro may not be able to fly planes, this does not mean that he must dash away his aviation goals all together.

After experiencing a shared dream one night with renowned Italian airplane designer Giovanni Caproni, Jiro discovers that there is more than one way to achieve his dreams. Jiro resolves to dedicate his life to creating planes. As Jiro grows into a man, he must come to terms with the fact that his beautiful creations will ultimately be used as weapons by the Japanese military. 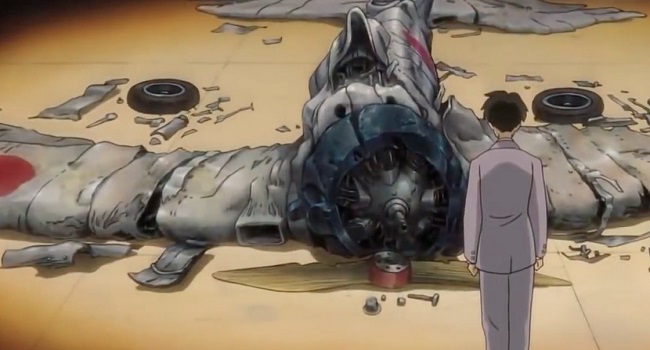 The Wind Rises is arguably one of Miyazaki’s most visually stunning and deeply personal films to date. With a childlike sense of wonder, the film shows how the union of creativity and purpose has always been a divisive, but ultimately key, part of Japan’s history. In Miyazaki’s eyes, life is too short not to go after your dreams…regardless of the ramifications. The Wind Rises not only begins with the quote “The wind is rising! We must try to live!,” from Paul Valery’s poem “Le Cimietiere Marin,” but uses it as the mantra for both the film and life itself.

Despite the fact that the pending war lingers over the film like the bomb dropping spirits in the opening sequences, Miyazaki shows that it is still better to live in a world that fosters creativity and love rather than a world without. Though there is a sweeping love story that adds an added emotional punch to the film, The Wind Rises is at its most captivating when it meticulously details both the hardships of the Japanese people and the plight of the countries aviation industry. Miyazaki offers a bittersweet view of a time when Japan’s great technical achievements came at the expense of it impoverished people.

Astonishingly beautiful in its animation, and somber in overall tone, The Wind Rises is a film that perfectly captures the complexities of a nation on the verge of change. It is a film that is surprisingly dense despite it simple packaging and is richly rewarding. If this is indeed Miyazaki’s last film, then he has given himself one hell of a send-off.