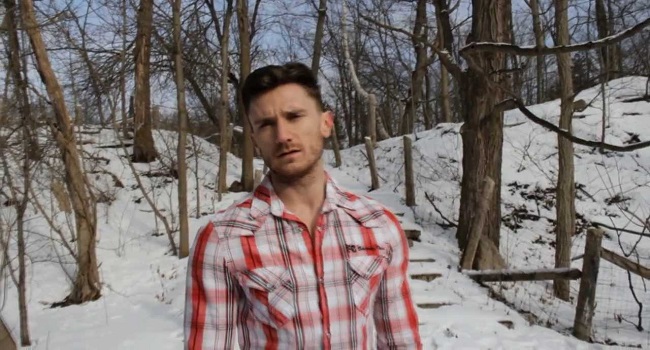 The 6th annual T24 Project took place this past Thursday night. Organized by the Toronto Youth Short Film Festival, the T24 Project is designed to test the ability of young filmmakers to think on their feet and push the limits of creativity within a short timeframe. Competing for the Visual Thesis Award, awarded by a jury of industry professionals, 13 teams were tasked with making a film within 24 hours that dealt with the theme of an Apocalypse in Toronto. Only 8 teams made it back on time with completed films demonstrating that, even under extreme time constraints, passion and determination can produce some rather surprising results.

At the screening each audience member was asked to select their top three favourite films. The film which received the most votes earned a special Audience Award. Below is a look at the films that screened as a part of this year’s T24 Project. I have indicated my top three picks with asterisks:

All We’ve Got – Directed by Ryan Liu
Three friends, confined to their home, try their best not to drive each other crazy as their food supply quickly diminishes. It is only when desperation forces them outside that a chance for survival seems possible. However, one of the three is keeping a secret that threatens to destroy the group. Similar to The Battery and other more character-driven zombie films, Liu treats the actual zombies like an afterthought. He lets his actors, who do a great job, carry the drama. Though the film touches on well-trodden themes, it was still a solid entry.

Hinterland – Directed by Adrienne Knott
It has been 43 days since an unknown event silenced the once bustling city of Toronto. A man spends his days wandering the streets looking for someone to talk to. Knott does a good job of establishing the isolation that her main character feels. She even hints at a possible descent into madness towards the end. It should also be noted that the film’s score, which is reminiscent of 80’s John Carpenter films, is quite good. However, the film’s biggest flaw is that it gets very repetitive for its running time. A leaner cut of the film would have served it well.

*The Drought – Directed by Jacky Vuong

In this comedic gem, a couple suddenly finds themselves going through a dry spell in bed. At first they blame each other for their lack of productivity between the sheets. However, it soon becomes clear that the entire world has lost its libido. What I loved about this film, besides its sharp humour, is that it does not even feel like and apocalyptic film on the surface. However, once the ramifications of a world that can no longer reproduce sinks in, the film’s approach that life will go on as normal until the final days becomes bittersweet.

Gag – Directed by Jamie McMillan
Winner of the Audience Award, Jamie McMillan’s film focuses on a lonely scientist so desperate for company that she takes in the first stranger she meets. Upon first glance, Gag gives the illusion that it may offer a quirky, possibly even romantic, take on the theme of isolation. However, it does not take long for the film’s dark undercurrent to surface. Though the film does a good job of jolting the audience with its violence and overall atmosphere, it would have been nice if McMillan had given the dialogue a bit more attention. Fortunately, the strong editing and performances by Deidre Hennigar make up for the scripts shortcomings.

Apocalypse Now? – Directed by Chelsea Chen
When a power outage impacts the entire city, the lives of four desparate individuals intersect at a local shelter. Framing her narrative within the silent film genre was a rather inspired choice. I just wish Chen and her team had utlized more of the tropes of that genre in the film. While the film relies heavily on its use of music, the performances and overall plot do not hit the beats like one would hope. Given more time, I am sure that Chen could have crafted a tighter production that would have really utilized the genre well.

*Futurity Lost – Directed by Maikol Pinto
In a barren industrialized future of 2051, one man wanders the streets aimlessly while one travel company’s commercials litter the airwaves. Taking a more meditative approach to the theme of isolation, Pinto’s film was one of the most ambitious films of the night. The film’s cinematography and score, the latter of which was composed by the main actor Alexander Mann, was simply stunning. I still cannot figure out how Pinto managed to pull off such beautiful special effects and still maintain a thought-provoking narrative in such a short production time.

Stiffilis – Directed by Anne Phitsanoukanh
A new meme called stiffilis, in which people are uncontrollably compelled to turn into human statues, becomes a social media sensation. Like most things that go viral, many consider this unexplained phenomenon to be a joke. However, one man soon realizes that this is no laughing matter. An interesting take on outbreak based films, but tempered for a social media generation, Phitsanoukanh features some really nice camera work. I particularly liked the shot taken from underneath a stiffilis victim that captures her boyfriend’s anguish at the realization of the severity of the plague. If there is one thing that Stiffilis could benefit from is settling on one tone and sticking with it. Also, Phitsanoukanh’s crew behind the scenes needs to be a little more aware of where they are placed in relation to reflective surfaces.

*Peaches – Directed by Greg Fox
Winner of the Visual Thesis Award, the film follows a young woman as she scavenges for supplies after the majority of the population is killed off by a contaminated water supply. In a bleak world where it is every survivor for themselves, the only thing that brings the young woman comfort is her daily video diary and her can of unopened peaches. Featuring a great performance from lead actress Hannah Gordon and strong cinematography, Peaches was my favourite film of the bunch. Fox provides an engaging commentary on the dangers of conglomerates. On one hand the evil Hydrotech corporation is responsible for damning civilization, while bottled water, a financial gold mind for certain companies today, is what is keeping the woman alive. Fox also poses an interesting question about the nature of good and evil in a world where survival is the universal goal. Incorporating subtle nods to found footage films like The Blair Witch Project, Fox’s manages to make familiar tropes feel fresh and fully realized.