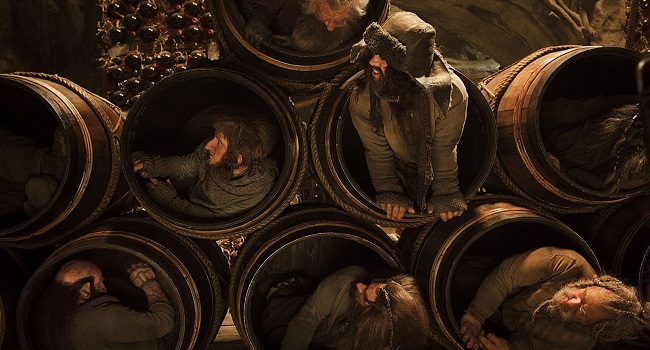 “What have we done?” The self-reflecting words uttered by Bilbo Baggins in the waning moments of the latest Middle Earth installment, The Hobbit: The Desolation of Smaug. Not only has the character come to grasp what he and his company have unleashed, but it also sets the tone of discussion for the audience – and the makers of the film, to boot – to judge what they have just witnessed. This kind of judgment is magnified exponentially for a film like this because Peter Jackson took the most accessible and fun book of Tolkien’s work and turned it into a three-part epic. Many people will cry “foul” and “greedy”, and even those of us who would love to see a new Tolkien interpretation for each day of the week worried of overzealousness. What did this film do? Did it serve a purpose? Did it move the story along? Is it a film that could stand alone, or is it simply filler material? Is it worthy of Tolkien’s classic material? Bilbo’s closing line sets in motion the asking of such questions.

The Desolation of Smaug is the follow-up to 2012’s An Unexpected Journey, which saw our hero Bilbo Baggins join a rag-tag group of dwarves on a quest to reclaim their homeland, which was taken from them by a treasure-loving dragon. The second one, after a quick flashback that helps us understand how the quest started in the first place, picks up right where the last one left off. It begins with the company trying to outrun a pack of orcs hot on their trail. But orcs aren’t their only worry as an enormous beast roams nearby, the forest they are travelling through acts as a hallucinogen if you wander off the trail below or will try to feed you to gigantic spiders twisting and turning above. Oh, and these challenges must be faced without the trusty wizard Gandalf by their side, who must leave the party to go save the rest of Middle Earth.

During planned trilogies (unlike say, a Godfather trilogy that was made one at time and years apart), the second movie often fills no other purpose than to serve as filler. These sequels are still singular movies, however, they must adhere to the same arc structures that most films follow. It has to have its own unique plot other than “yeah, so and so happens in order for so and so to happen in a completely different movie”. For The Desolation of Smaug, the main push for the characters is that the dwarves must reach the Lonely Mountain before Durin’s Day, otherwise their chance to find the hidden door is lost. And that’s it. While there are plenty of different stories going on in this movie, there really isn’t an arc that helps it stand by itself. An Unexpected Journey, despite all of its faults, still has Bilbo changing into a completely different person by the end of the movie, discovering a more adventurous and courageous person inside himself. Along with that came the dwarves and their complete 180 when it came to their judgment and trust of our hobbit friend. There isn’t really any character progression in this film, aside from two side characters –the elf-maiden Tauriel and Bard the bowman- that we barely have any investment in.

For a comparison to another sequel, we have to look no further than Jackson’s own The Two Towers. While the second installment of The Lord of the Rings was indeed a smaller part of a bigger story, it had its own stories that began, built up to a climax, and then found a resolution. Some examples included the story of the Rohirrim and their fight with extinction; the Uruks and their quest to carry out said extinction; Merry, Pippin, and Treebeard and their walk through the forest and the discovery of a bigger picture; Frodo and Sam and their taming of Smeagol and using him to reach the Mountain of Fire undetected. While there are certainly pieces of The Two Towers that are left for the third film to resolve (Arwen and Aragorn, Frodo and Sam still sitting on the wrong side of Morder), you can watch the film by itself and still feel like the characters accomplished something by the end of the movie. The Desolation of Smaug fails mightily at this, and apart from the convoluted second half that tends to drag on at times, it becomes one of the movies biggest downfalls. 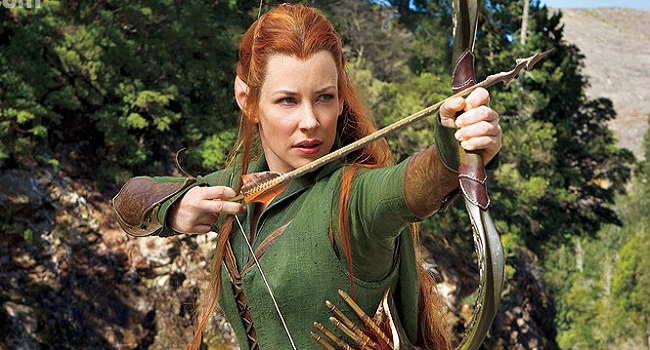 And after reading those 700 words, you might find yourself thinking that I hated this movie. I didn’t. I rather enjoyed it. The first half of the film moved at an incredible pace. The action pieces were well done and kept you enthralled, not just thrown in there to keep your attention like the ones in An Unexpected Journey. As usual for Weta, the production design was absolutely marvelous and makes you feel as if Jackson had discovered a real world Middle-Earth and then filmed there. While others have spoken of issues with special effects, everything from that aspect seemed pretty smooth to me. And more importantly, it was simply more fun than the last movie.

This is the kind of movie that is expected to do everything well when it comes to the technical aspects of the film, so that when you discuss it afterwards, it’s hard not to jump right to the things that the movie might’ve missed rather than focusing on everything that the movie does well. With what Peter Jackson and Barrie Osborne were able to accomplish on the Lord of the Rings series, you expect this movie to have terrific make-up and hair-styling. You expect a rich sound design. You expect a moving score. And this movie has all of that, but after five movies, championing these aspects seems unnecessary, even if they are part of what makes the movie-going experience so great.

Going into this movie, the only real question was whether or not the screenplay would hold up. And while the script was fun and exciting for the first hour or so, Fran Walsh and Phillipa Boyens seemingly lost focus once our company reaches Laketown. They have to juggle several different stories at once – something they handled incredibly well in The Two Towers – and the movie falls flat despite an intense scene between Bilbo and Smaug. Martin Freeman and Benedict Cumberbatch steal the show in the closing moments of the film, and it’s a shame that the other characters couldn’t keep that same beat going. The Desolation of Smaug serves a worthy installment of J.R.R. Tolkien’s classic tales, but falls short of being something truly special.

View all posts by Red Georges