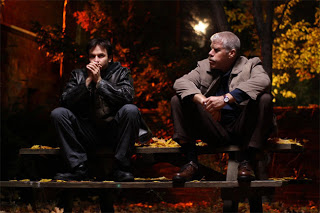 We all have a good wolf and a bad wolf living inside of us, but what makes us who we are all depends on which wolf we feed more. At least according to the parable that Ron Perlman’s character shares in Crave. The challenge is figuring out how far you are willing to go to feed the wolf. This is the dilemma that the protagonist of Charles de Lauzirika debut feature film faces.

Aiden (Josh Lawson) is a crime scene photographer who is becoming increasingly disappointed with the state of mankind. Every murder that his friend, and police detective, Pete (Ron Perlman) calls him to document is just another reminder for Aiden of the evil that lurks in society. The world needs someone to stand up to the bullies, pimps, and pedophiles and that person is Aiden…or at least in his mind it is. While a meek photographer in real life, Aiden frequently fantasizes about being the type of guy who helps those in need. Unfortunately Aiden’s dark and twisted imagination starts to get the better of him just as he meets Virginia (Emma Lung), a younger woman who may just be the one bright spot in his life.

Virginia is not without her own issues though. Recently estranged from her boyfriend Ravi (Edward Furlong), Virginia has a fling with Aiden that unexpectedly begins to grow into something more. While Aiden clearly has strong feelings for Virginia, his uncontrollable imagination begins to blur the lines between fantasy and reality. Aiden soon finds himself on a dark path that threatens to ruin both their relationship and possibly his own life. 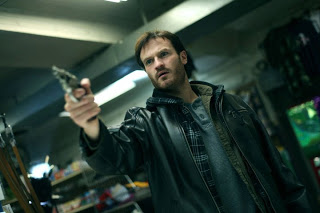 Lauzirika’s Crave takes several cues from Taxi Driver without managing to hit the same dark depths. This is not to say that the film does not make a valiant attempt though. Crave does a good job of building Aiden’s slow descent into the darker side of life. However, Crave never gives the payoff you expect it to as the last act drags as Aiden struggles to deal with the consequences of his actions. If the editing had been tighter in this section maybe the confrontation between Aiden and Ravi would not have felt so unnecessary. Fortunately for Lauzirika, if you are willing to overlook some of the issues with the last act, there is much to love about Crave.

The film does a wonderful job of blending humour, albeit very dark humour, into the narrative. This allows Lauzirika to emphasize how fractured Aiden’s mental state is. Aiden imagines everything from killing an annoying couple at his AA meeting to inventing a device that Bill Gates cannot wait to buy. Lauzirika has a lot of fun playing with these sequences while still managing to make Aiden a rather likeable character. Even when Aiden blurts out inappropriate, and cringe worthy, comments to Virginia you never feel like abandoning him at any point in the film.

Credit for this has to go to Josh Lawton’s strong and complex performance. Lawton could have easily made Aiden a straight Travis Bickle clone, but instead brings his own unique charm to the character. Lawton’s natural charisma works especially well in his scenes with Lung as they make the relationship between Aiden and Virginia feel grounded despite all the craziness going on inside of Aiden’s head. While Lawton and Lung are solid in their roles, the supporting cast of Furlong and Perlman get to showcase their talents as well.

Despite some issues with the final act, Crave is a very strong directorial debut. Charles de Lauzirika shows that he not only has a keen visual eye but can handle complex material. If Crave is any indication of things to come, Lauzirika has a solid directorial future ahead of him.