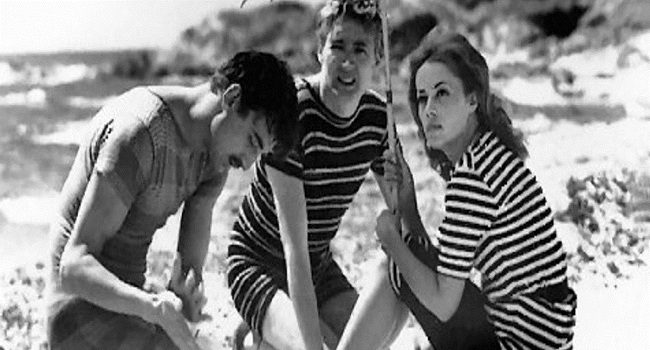 In her final line of the film Jules and Jim, Jeanne Moreau’s Catherine tells dutiful Jules to “watch us well”. What follows next is deeply saddening, but far from unexpected for the audience. Despite the humorous start, François Truffaut’s film had been slowly building to this inevitable gloomy point, yet it still hits the viewer in the gut. Like Jules, all we can do is watch the final piece of their once seemingly perfect world collapse. As is the case with all love triangles, there comes a moment when the harsh reality that it was doomed from the start sinks in.

The thing that makes Jules and Jim such a unique film is that it is not merely a tale of a love triangle on the brink of implosion, but a story about the depths of lifelong friendship. Adapted from the novel by Henri-Pierre Roche, the film documents the 25 year friendship of Jules and Jim. Jules (Oskar Werner) is an Austrian who cannot seem to find the right girl. His dates always seem to be flawed in some way or another. Jim (Henri Serre), who is French, on the other hand has no problems with women. Although they come from different backgrounds the two become fast friends after they meet in Paris in 1912.

Like brothers separated at birth, the pair do everything together. They teach each other their languages, translate poetry, revel in literature, and even share their women. However, even they have limitations on how much they are willing to share. This is most evident when they meet Catherine (Jeanne Moreau). Jules is smitten with her instantly and proclaims “but not this one, Jim. OK?” Jim agrees that she is off limits, and the three are inseparable that is until the First World War shakes up their perfect world. 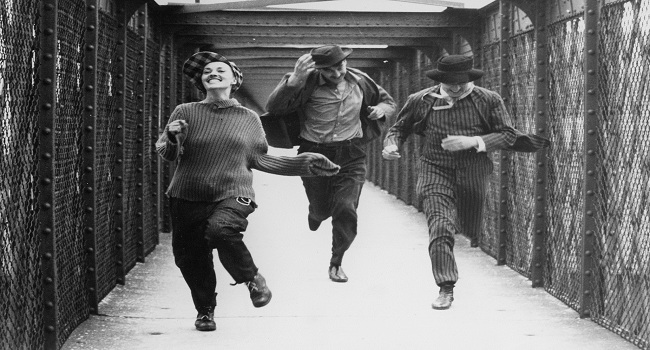 The war shakes up their world in unexpected ways. Jules and Catherine marry and have a child, but soon discover that married life is not what either expected it would be. While Jules is willing to do anything to keep Catherine happy, Catherine longs to live life on her terms. Their marriage is further complicated when Jim comes to visit and begins to develop romantic feelings for Catherine.

The complexities of the love triangles have been well documented in cinema, but many of those films owe a great deal to Jules and Jim. It is easy to see why the film has been a major influence on many directors. Though released in 1962, the film still feels fresh and cutting edge today. This is partly due to the way Truffaut handles the character of Catherine.

Jules and Jim may be the title characters, but it is Catherine who is the true focal point of the film. Catherine is a rather unique character in the sense that she rebels against anything that is deemed the norm by society and wants to have control over the various men in her life. She has no problem confiding in Jim about the affairs she has had while married to Jules, but becomes increasingly jealous at the idea of Jim being with another woman. Moreau does an exceptional job of portraying Catherine as a confident woman whose control issues unveil her many flaws.

The fact that Jules and Jim are willing to alter their friendship in such a way that it caters to Catherine, while still trying to keep their core bond in tack, is a daring venture. François Truffaut does a wonderful job of capturing the 25 year friendship in a way that never feels long winded. The film flies by in such a fashion that the audience wishes they could spend even more time with these characters.

Jules and Jim is an exceptional film that is one of the best films to be released during the French New Wave period. Truffaut takes the familiar trope of the love triangle and turns it into something truly captivating. He makes a film that was not only revolutionary for its time, but still feels fresh and unique to this day.