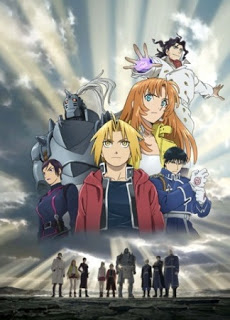 Based on the popular Japanese manga series, and picking up where the anime series Full Metal Alchemist: Brotherhood left off, Full Metal Alchemist: The Sacred Star of Milos transports the audience to a world where alchemy is the most advanced scientific technique. The film tells the tale of the Elric brothers, Edward and Alphonse, as they continue their search for the Philosopher’s Stone. The legendary catalyst is the only device powerful enough to restore their bodies to their natural form.

While in pursuit of a fugitive whose alchemy is unlike anything they have seen before, the Elric brothers find themselves in the slums of the Milos Valley and in the middle of a revolution. Once considered a holy land, Milos has been suppressed for years by the bureaucracy of neighboring cities. Frustrated the people of Milos, led by an alchemist named Julia, are on the brink of rebellion. When it becomes clear that Julia is willing to use the most dangerous form of alchemy imaginable to achieve her goal, Edward and Alphonse are forced to not only choose which side of the battle they are on, but how far they are willing to go for the cause.

Full Metal Alchemist: The Sacred Star of Milos is a film that is destined to please existing fans of the series, but may not necessarily bring in new ones. This is not to say that the film does not try hard to rope in viewers. The Sacred Stars= of Milos is filled with imaginative action sequences that continually up the stakes. In one thrilling train scene a seemingly simple chase sequence between two characters evolves into a melee that finds Edward battling a fellow alchemist one minute, a chimera the next, and a group of individuals dressed as black bats moments later. The strong animation, which has always been a key element to the franchise, only helps to enhance the wild scene. 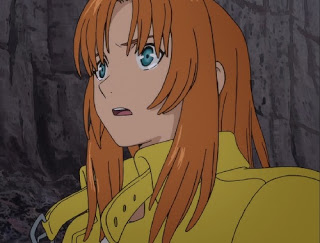 The train sequence also brings to light one of the film’s flaws, which becomes even more apparent as the film progresses, and that is the plot. From a story standpoint, The Sacred Star of Milos is far more convoluted than it really needs to be. The film wants to convey the message that no matter the adversity, people will ultimate fight for what they believe in. The problem is that the film is not subtle in trying to get the message across. Every character in Milos gets their own flashback sequence in order to display how rough they had it. This not only slows down the film, but in some cases it is just plain unnecessary. Another issue is that key flashbacks arrive too late in the picture. The story of how Edward and Alphonse receive their metal body parts is well known to fans of the franchise, however it is recounted again in this film for those experiencing the characters for the first time. Unfortunately this explanation comes so late in the film that most newcomers will have either lost interest in the characters or will be scratching their head in confusion.

If the mere mention of Full Metal Alchemist brings you instant fits of glee then The Sacred Star of Milos is most likely on your “to see list”. However, if you are experiencing the Full Metal Alchemist franchise for the first time, The Sacred Star of Milos may not be the best starting point. Though the animation and action sequences will entertain you, the needlessly confusing plot will leave several newcomers pondering what all the fuss is about.