The issue of capital punishment has always been a hot topic of debate. Should someone die for the crimes they have committed? What if the crime was taking the life of another? Who has the right to judge who lives and who dies? Depending on whom you ask, the answers will vary drastically. Even I find myself wavering on which side of the fence I stand. It is one thing for me to say I am against capital punishment, which I am, but I honestly do not know how I would feel if I was in the same situation as the victim’s family.

In his latest documentary, Into the Abyss, director Werner Herzog is clear on his stance against capital punishment. Herzog even goes as far as telling his interview subject Michael Perry, a convict schedule to die within 8 days, that he does not have to like him but respects his right to live as a human being. Into the Abyss pieces together the events of a triple homicide that took place in Conroe, Texas ten years ago. Despite each proclaiming their innocence, Perry and his friend Jason Burkett where convicted. Burkett only got a life sentence, for the senseless murders that resulted from a botched car theft scheme.

Herzog does not question whether or not Perry and Burkett are innocent, as he can only present the facts that are documented by the police. The versions of the events that both Perry and Burkett recount are vastly different from each other. The only commonality being that each man places the blame on the other for the crime. The fact that both men were in their teens at the time makes their crimes even more disturbing. Herzog skilfully uses testimony from Perry and Burkett, as well as those who knew them in the community, to show how poverty and a recurring cycle of drug abuse and violence inevitably lead the men to their current place. 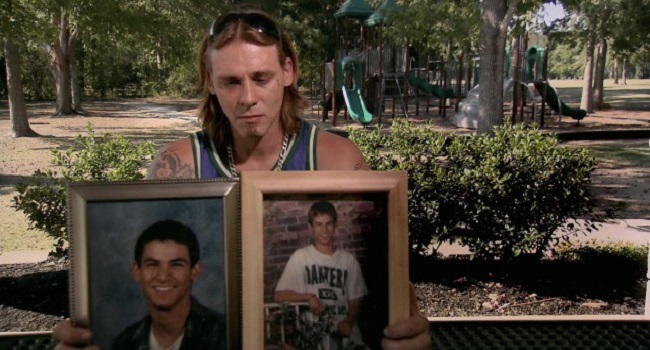 Into the Abyss does not only focus on the crimes that people commit, but also those affected as result of it. This includes everyone from the families of the victims, the preacher who prays with the death row inmates in their final moments, and even the prison guards responsible for strapping the men like Perry onto the tables where the lethal injection will take place. The fascinating thing about Herzog’s conversations with these individuals is how each person, especially the victim’s families, are deeply scarred in some form or another yet still believe that life is not something the legal system should be taking away from people. In one powerful moment a prison guard ask the question “how are you going to live your dash?” He is referring to the dash that appears on tombstones in between the date of birth and the date of death. That dash represents our entire lives and the choices we make within it.

Despite the heavy subject matter, and being far more restraint than in previous films, Werner Herzog still manages to inject the film with moments of genuine humour. Whether it is discussions on squirrels, conspiracies surrounding how Burkett’s wife got pregnant despite never consummating the marriage, or tattooing the name of a girlfriend on an arm, there are plenty of lighter moments that help Herzog to reaffirm how life, even in its simplest moments, is wonderful. Into the Abyss may feature a more subdued Herzog, but it is still a documentary that should not be missed.