Covering the consistent suffering the indigenous people of Australia have endured since Captain Cook first arrived, The Australian Dream is a must-see documentary for all Australians. Directed by Daniel Gordon, the film uses the universal theme of sport, specifically football (Aussie Rules), as a bridge to exploring the countries ugly history. It is a documentary that will have viewers understanding why many in Aboriginal community view the widely celebrated national holiday Australia Day in a completely different light.

Running parallel to the tale of Australia’s problematic history is Adam Goodes’ experience in football. One of the best players in the 100-plus years of the game and named ‘Australian of the Year’ on one occasion, the racism Goodes endure in the national league mirrors that which his people endured for years. Having experienced these hardships on a national stage adds additional weight to both Goodes’ plight and perseverance. 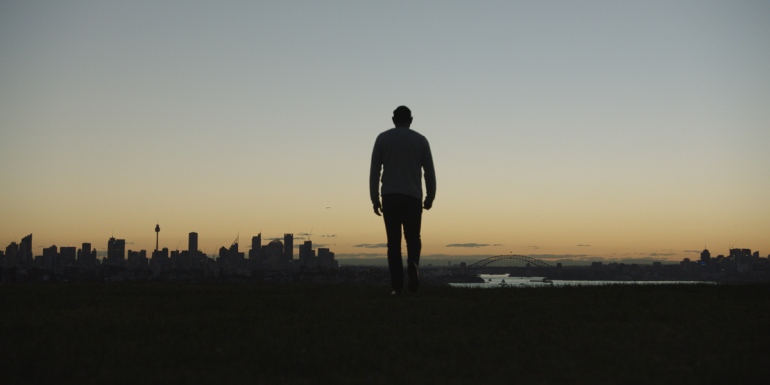 While the unfair treatment of the Aboriginal people are impossible to deny or ignore, The Australian Dream sometimes borders on becoming a hagiography when observing the way it tell Goodes’ journey. Roughly 90% of the documentary’s commentary revolves around his experience and perspective. However, the remaining 10% focuses almost solely, to put it lightly, rather dim opposing viewpoints taken from talkback radio and social media.

One talking head, a conservative and well-known political pundit, is given a voice within the context of the documentary. However, his points are often rooted in ignorance and feel like they are appealing to the lowest common denominator in society. These moments take away from other topics, such as the concept of ‘booing’ at sporting events, deserve far more debate than received in the film.

Simple in its presentation, The Australian Dream effectively balances insight from members of the indigenous community, politicians, those in the sports world, and Goodes himself. This ultimately allows the film to succeed in forcing viewers to confront a history that many Australians don’t want to face. Unsurprisingly, very little of what is covered in the film is taught in schools, which is why this film is so important. It is a film that, despite its flaws, opened my eyes and should be play in schools so that future generations can avoid making the same shameful mistakes.