His palms are sweaty. Knees weak. Arms are ready. He’s nervous but on the surface he looks calm and ready.

Hendrix (Abra) has been dreaming of this moment for awhile now. The underground rap battles in his Filipino city get pretty rough with lines lie “the only people who’ll clap for you here is family” and “You interrupt me, I’ll melt you like butter” for example (it sounds a lot better in Filipino). But they’re the only way a young guy living with his sister and her abusive drug dealer boyfriend can get any respect in his neighborhood.

I wasn’t sure I was onboard at first. The hip hop is nothing short of incredible, but Hendrix and his friends are obnoxious and mean, even to strangers. His life and the film quickly take a much-needed turn when they get caught breaking into an elderly and lonely poet’s bookstore and are ordered to work off the damage. Discovering the poet’s political protest poetry changes Hendrix’s approach to rap and his friendship with the old man changes his approach to life. 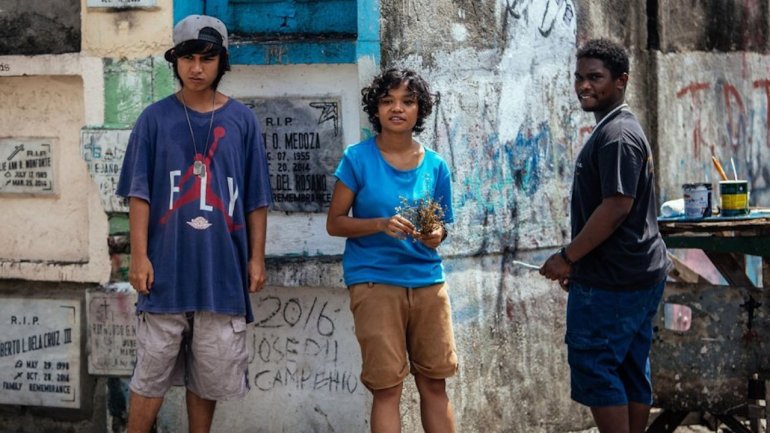 The plot of this moving Filipino film from first-time director Alberto “Treb” Monteras II, as well as the friendship between man and boy, is a little more complicated than that. That’s the great thing about it. A more Hollywood approach would surely have neglected to make the poet such an interesting and flawed character. To tell you much more than that would probably ruin the experience for you.

The big cinematic moments -those infrequent but inevitable scenes of violence- tend to unfold clumsily and disrupt the flow of the film. Thankfully, most of the film is made up of small moments between characters and Monteras is already a master of those. He is clearly a filmmaker to watch out for.