Opening with a nighttime shootout only briefly illuminated by the gunfire The Sisters Brothers announces itself as not your typical western. Director Jacque Audiard, whose last film was the Palme d’Or winner Dheepan, constructs a film that manages to both tip its hat to westerns of the past, but also carves out its own unique space in the genre.

Adapting the novel by Canadian author Patrick de Witt, The Sisters Brothers tells the story of Eli and Charlie Sisters (John C. Reilly and Joaquin Phoenix), siblings and assassins who are applying their brutal, but effective trade at the height of the gold rush. Their latest assignment finds the brothers travelling across Oregon in search of Hermann Kermit Warm (Riz Ahmed), a prospector who has allegedly wronged local crime boss The Commodore (Rutger Hauer). Having already sent a detective, John Morris (Jake Gyllenhaal), to locate him, The Commodore wants the brothers to put the final nail in Hermann’s coffin.

Things take an unexpected turn though when John and Hermann strike up a genuine friendship; and the prospector’s use of science to find gold presents Eli and Charlie with a possible path to a different life. 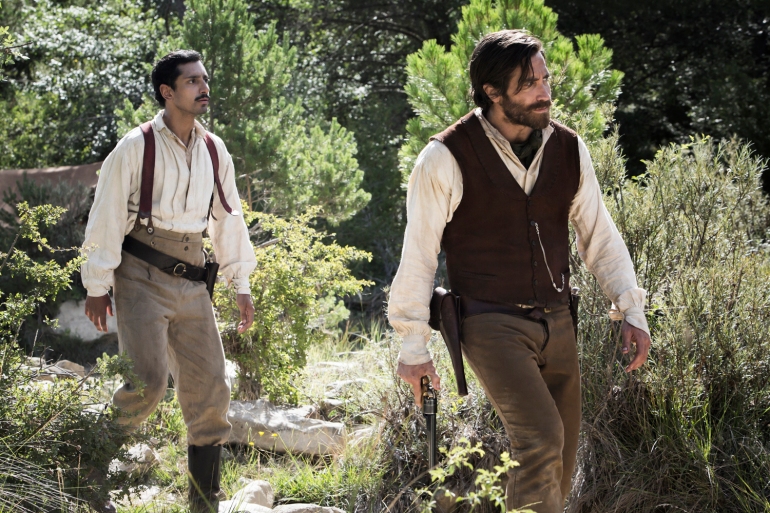 The Sisters Brothers is a film that is not easy to pigeonhole. It walks in the spur-laden boots of a gritty western, but it is also tender in its introspective look at four men on the precipice of change. There are moments of stylish dark wit that manage to fit well with the more contemplative moments in the film.

Audiard’s ability to seamlessly navigate so many contradictory tropes are a treat to watch. The film’s action sequences are riveting yet it never overshadows the more somber moments of the narrative. While Audiard brings a unique style and tone to the film, it is the performances that truly bind the film together. Joaquin Phoenix is great as the volatile Charlie, bringing a physical intensity to the role that is both menacing and at times amusing. However, it is John C. Reilly who command’s one attention. Reilly brings many layers to Eli that requires him to be comedic, contemplative and cagey. His performance is a reminder of why he is one of the best actors working today.

In an era where modern westerns spend more time looking towards the past, The Sisters Brothers is a film that shows there are unique and exciting roads still to be paved in the western genre.