The program will offer audiences an exclusive look inside The New York Times, revealing how the paper is working with a president who has declared war on the free press (The Fourth Estate); and behind-the-scenes of the first all-Black variety show broadcast nationally on PBS with its openly gay host (Mr. SOUL!). Audiences will learn about the pioneers enrolled in NASA’s first female astronaut training program (Mercury 13), and what it takes to be a guide dog as they follow the journey of a litter of newborn Labrador puppies who begin “basic training” to become service dogs for the blind (Pick of the Litter).

BEHIND THE CURVE
D: Daniel J. Clark | P: Caroline Clark, Nick Andert, Daniel J. Clark | 2018 | USA | 96 min | World Premiere
A rapidly rising number of people are convinced that the Earth is flat. Follow the leaders behind this conspiracy theory du jour as they rally to spread their message, challenge scientific proofs and flatten the globe once and for all. 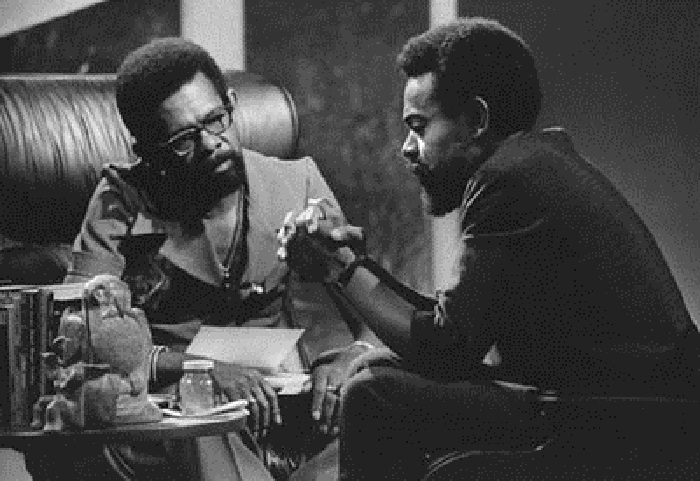 Pick of the Litter

THE NIGHT OF ALL NIGHTS
D: Yasemin Şamdereli | P: Anja-Karina Richter, Arne Birkenstock, Christian Becker | 2018 | Germany | 96 min | International Premiere
In frank and funny interviews, four couples from across the world, united under vastly different circumstances but each together for more than 50 years, reflect on their relationships and share their secrets for long-lasting love—for better or for worse.

PICK OF THE LITTER
D: Dana Nachman, Don Hardy | P: Dana Nachman, Don Hardy | 2018 | USA | 79 min | International Premiere
A litter of newborn Labrador puppies begins “basic training” to become service dogs for the blind—but who will make the cut? Their successes and failures are shared equally with the devoted caretakers who guide them on this rigorous two-year journey.

TINY SHOULDERS: RETHINKING BARBIE
D: Andrea Blaugrund Nevins | P: Cristan Crocker | 2018 | USA | 90 min | International Premiere
With sales at a historic low and women’s rights campaigns at fever pitch, Barbie is getting a radical makeover. Gloria Steinem, Roxane Gay, Mattel designers and others renegotiate the iconic doll’s place in a world that both loves and loves to hate her.

UNITED SKATES
D: Dyana Winkler, Tina Brown | P: Tina Brown, Dyana Winkler | 2018 | USA | 86 min | International Premiere
When America’s last roller rinks are threatened with closure, thousands pull together to save and celebrate the vibrant underground subculture that has provided a safe space for the Black community since before the civil rights movement.