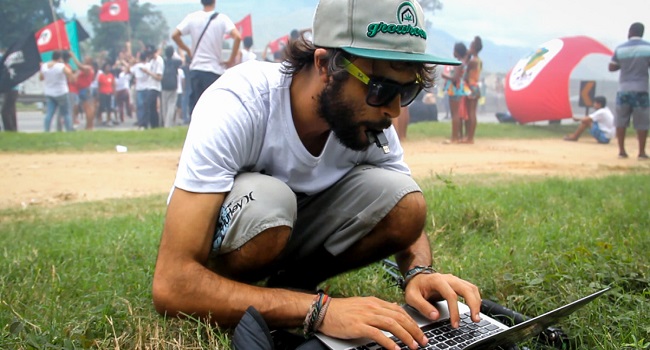 Running from March 29 to April 6 at TIFF Bell Lightbox, the festival kicks off with an opening night fundraising reception followed by a screening of A Syrian Love Story — a documentary that dives into the refugee experience through the telling of a love story between a Palestinian freedom fighter and a Syrian revolutionary who met as political prisoners — and closes with Nick de Pencier’s Black Code, which follows cyber stewards who travel the world to expose unprecedented levels of global digital espionage. Additional highlights include the Toronto premiere of Tickling Giants, which follows a popular television show host who has been dubbed “The Egyptian Jon Stewart,” and Alanis Obomsawin’s We Can’t Make the Same Mistake Twice, an epic documentary chronicle of a legal battle waged against the injustices inflicted on Indigenous children in Canada.

“Our current state of world affairs serves as a call to action, urging us all to collectively rise up against human rights violations afflicting our neighbours and fellow citizens around the globe,” said Helga Stephenson, Chair of the Toronto Human Rights Watch Film Festival. “We no longer live in a world where we can plead ignorance, and for those seeking the truth, our festival offers empowering and personal glimpses into the world of survivors whose commitment to the fight inspires us to care, and reminds us that now is the time to act. This is a festival of incredible characters and a festival of resilience and hope.”

“Recounting stories of corporate corruption, digital activism, freedom of speech, the refugee experience, gender rights, marriage equality and so much more, the Human Rights Watch Film Festival invites audiences to participate in the vital dialogue that surrounds these issues that demand social change,” added Magali Simard, Senior Programmer, TIFF. “This lineup of timely, powerful and cinematically engaging films shines a light on the pressing stories and issues around the world that urgently need our attention.”

Complete film lineup listed below. All screenings are accompanied by introductions or discussions by filmmakers, Human Rights Watch researchers, or subject-matter experts. Visit tiff.net/humanrightswatch for additional guest information leading up to the festival. 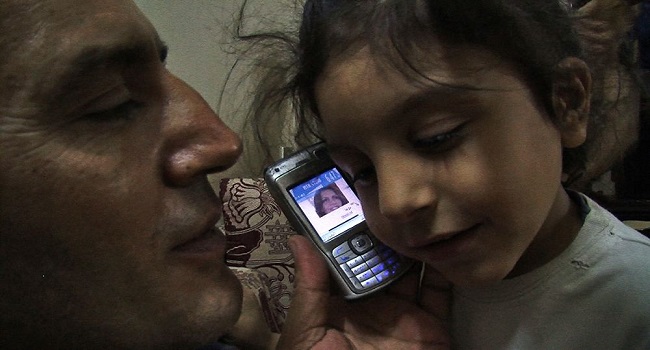 A Syrian Love Story – Opening Night Film dir. Sean McAllister | UK/France/Lebanon/Syria 2015 | 76 min. | 14A
International Documentary Film Festival Amsterdam 2015
Comrades and lovers Amer and Raghda met in a Syrian prison cell 15 years ago. When director Sean McAllister first meets their family in 2009, Raghda is back in prison, leaving Amer to look after their four boys alone; but as the Arab Spring sweeps the region, the family’s fate shifts irrevocably. Filmed over five years, the film charts their incredible odyssey to political freedom. For Raghda and Amer, it is a journey of hope, dreams and despair: for the revolution, their homeland and each other. Wednesday, March 29 at 8 p.m.

Complicit dirs. Heather White and Lynn Zhang China/Hong Kong/USA/Netherlands 2017 | 88 min. | PG | North American Premiere
A courageous factory worker struggling with leukemia helps a group of young Chinese workers who have also been poisoned while making our favourite cell phones and electronic gadgets. Filmed over four years, this lushly photographed film takes the audience on an 8,000-mile journey to the world’s electronics factory floors and the neighbourhoods and hospitals surrounding the world’s largest electronics supplier, Foxconn. Complicit reveals the human costs of global outsourcing while highlighting the choices made by a group of inspired activists seeking change. Thursday, March 30 at 6:30 p.m.

Nowhere to Hide dir. Zaradasht Ahmed | Norway/Sweden 2016 | 86 min. | 14A | Canadian Premiere
International Documentary Film Festival Amsterdam 2016
Nowhere to Hide follows male nurse Nori Sharif through five years of dramatic change, providing unique access into one of the world’s most dangerous and inaccessible areas: the “triangle of death” in central Iraq. Initially filming stories of survivors as American and Coalition troops retreat from Iraq in 2011, conflicts continue with Iraqi militias, and the population flees accompanied by most of the hospital staff; Nori is one of the few who remains. When ISIS advances on Jalawla in 2014 and takes over the city, he too must flee with his family at a moment’s notice, and turns the camera on himself.

PRECEDED BY:
Fantassút / Rain on the Borders dir. Federica Foglia | Canada 2016 | 16 min. | 14A Over 11,000 refugees from Syria, Iran, Iraq, Pakistan, Afghanistan and other countries lived for months in dismal conditions hoping for the borders to open, and to continue their journey through the Balkan route.
Friday, March 31 at 6:30 p.m.

Tickling Giants dir. Sara Tacksler | Egypt 2016 | 111 min. | 14A | Toronto Premiere
In the midst of the Egyptian Arab Spring, Bassem Youssef makes a decision that’s every mother’s worst nightmare: he leaves his job as a heart surgeon to become a full-time comedian. Dubbed “The Egyptian Jon Stewart,” Bassem creates the most-viewed television program in the Middle East: he has 30 million viewers per episode, compared to The Daily Show with Jon Stewart’s 2 million. In a country where free speech is not settled law, Bassem comes up with creative ways to non-violently challenge abuses of power. He endures physical threats, protests and legal action, all because of jokes. No unicorns or falafel were harmed in the making of this film.
Saturday, April 1 at 6:30 p.m. 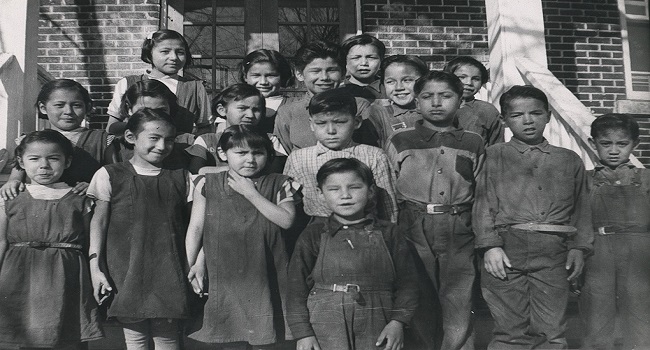 We Can’t Make the Same Mistake Twice dir. Alanis Obomsawin | Canada 2016 | 163 min. | PG
Toronto International Film Festival 2016
In 2007, the Child and Family Caring Society of Canada and the Assembly of First Nations filed a landmark discrimination complaint against Indian Affairs and Northern Development Canada. They argued that child and family welfare services provided to First Nations children on reserves and in Yukon were underfunded and inferior to services offered to other Canadian children. Veteran director Alanis Obomsawin’s We Can’t Make the Same Mistake Twice documents this epic court challenge, giving voice to the tenacious childcare workers at its epicenter. Sunday, April 2 at 2 p.m.

Girl Unbound: The War to be Her dir. Erin Heidenreich | Afghanistan 2016 | 80 min. | PG
Toronto International Film Festival 2016
In Waziristan, “one of the most dangerous places on earth,” Maria Toorpakai defies the Taliban by disguising herself as a boy so she can play sports freely. But when she becomes a rising star, her true identity is revealed, bringing death threats on her and her family. Undeterred, they continue to fight for their freedom. Tuesday, April 4 at 6:30 p.m.

No Dress Code Required dir. Cristina Herrera Borquez | Mexico 2016 | 92 min. | PG | Canadian Premiere
International Documentary Film Festival Amsterdam 2016
Victor and Fernando are stylists in Mexicali, Mexico who are the go-to professionals for the city’s socialites. To their customers, they were a lovely couple — until they decided to legally marry. Losing the support of customers and friends and confronting a backlash of criticism, through their fight they woke up members of Mexicali’s society to fight homophobia and inequality.
Wednesday, April 5 at 6 p.m.

Black Code – Closing Night Film dir. Nick de Pencier | Canada 2015 | 90 min.
Toronto International Film Festival 2016
Based on the book by Prof. Ron Deibert, Black Code is the story of how the internet is being controlled and manipulated by governments in order to censor and monitor their citizens. As they battle for control of cyberspace, ideas of citizenship, privacy and democracy are challenged to the core. Thursday, April 6 at 6:30 p.m.