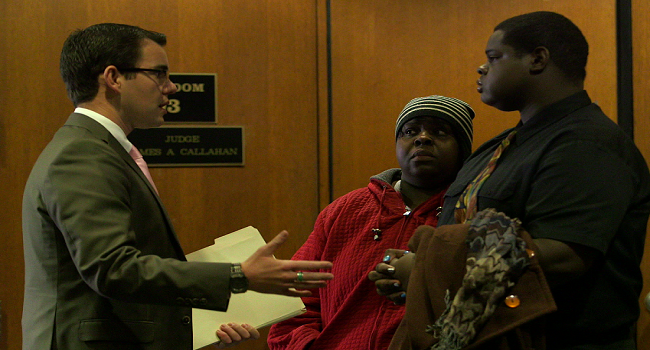 As the stories unravel in Matt Gallagher’s How to Prepare for Prison, we are privy to the reverberations that a looming prison sentence can have on one’s life. Each story contains its own peculiarity, and they are all in different stages of the process. In fact, a prison term is only a certainty in one of the stories. Unfortunately, the film has a slightly disjointed feel, as it struggles unify these experiences into a coherent theme.

That being said, the stories are all intriguing. Joe Zambito is a construction worker who builds and sells a unit to a group of people who use the structure to grow marijuana. The prosecutors were able to convince the judge that this was with Joe’s knowledge, so he has spent the last four years dealing the fallout. Courtney Hills openly admits to stealing $950K from her employers and is merely awaiting sentencing. Hence, she has hired a prison consultant named Lee Chapelle, who has spent over 20 years in prison himself and helps to prepare her mentally for the sentence. Finally, Demario McMurray fought back after being harassed by a girl and is facing felony assault charges thanks to an outrageous breach of his Miranda Rights.

Everyone handles the looming sentence differently. Joe’s family struggles financially to the point that his wife has to sell jewelry to pay for food, and the emotional trauma that they experience is palpable. Courtney loses almost everything: her fiancée, house, and career. She even has to re-home her pug Peanut in a particularly sad scene. Demario is faced with the possibility of extended jail time – the maximum sentence for his assault is 10 years – and has already had his scholarship suspended. The stories all tug at the heartstrings and are individually interesting, they just don’t really have much to say.

This is the primary weakness of Matt Gallagher’s film. Without any kind of unifying thrust, it feels like a mere collection of frustrations and sob stories. We can’t even reach the conclusion of the film feeling that everyone portrayed has been slighted in any way! Indeed, at least two of the main characters are deserving of their sentences, which could have been much worse. Thus, without a cinematic or narrative reason to champion something, How to Prepare for Prison rings a little hollow.

I am a molecular biologist who loves movies and wants to think about them and discuss them from the perspective of romantic realism, a reason-based school of aesthetics championed by novelist-philosopher Ayn Rand. View all posts by Derek Jacobs