TIFF® and Human Rights Watch co-present the 13th annual Human Rights Watch Film Festival in Toronto, with a galvanic lineup of eight films that recount empowering stories of survival, resilience and hope. The festival showcases brave cinematic works at the forefront of the human rights movement, from countries including China, Chile, the United Kingdom, South Korea, France, Australia, the United States, Ukraine and the Netherlands.

Running from March 30 to April 7 at TIFF Bell Lightbox, the festival kicks off with an opening night fundraising reception followed by the Canadian premiere of I Am Sun Mu — a documentary about a former North Korean propaganda artist turned outspoken artistic dissident — and closes with the Terrence Malick-produced Almost Holy, which chronicles the work of a controversial Ukrainian pastor committed to helping children. Additional highlights include the Palme d’Or-winning immigrant drama Dheepan from celebrated director Jacques Audiard, and Patricio Guzmán’s Silver Bear winner The Pearl Button, a lyrical yet devastating meditation on the decimation of Chile’s indigenous peoples.

“Human rights violations thrive in darkness and secrecy,” said Helga Stephenson, Chair of the Toronto Human Rights Watch Film Festival. “This festival raises awareness, advances understanding and shines a vital light on the powerful stories from around the world that need our attention.”

“Cinema has become the most compelling tool in the human rights movement,” added Magali Simard, Programmer, TIFF. “At a time in our history where the demand for social change is louder than ever, the Human Rights Watch Film Festival — and its ability to galvanize change — is more crucial than ever.”

Complete film lineup listed below. All screenings are accompanied by introductions or discussions by filmmakers, Human Rights Watch researchers or film subject experts. Visit tiff.net/humanrightswatch for additional guest information leading up to the festival.

I Am Sun Mu – Opening Night Film
dir. Adam Sjöberg | USA/China/South Korea 2015 | 80 min. | PG | Canadian Premiere
Since fleeing his native North Korea to defect to the South, the pseudonymous former propaganda artist Sun Mu whose defiant alias means “no boundaries” has criticized the repressive regime of Kim Jong-un by subverting familiar images that once glorified the Supreme Leader to create his own unique brand of satirical pop art. Offered an unlikely solo exhibition in China, Sun Mu prepares his show undercover, risking his freedom and safety to expose truth through his art. Wednesday, March 30 at 8 p.m.

Attacking the Devil: Harold Evans and the Last Nazi War Crime
dirs. David Morris and Jacqui Morris | United Kingdom/Canada 2015 | 102 min. | PG
During the heyday of investigative journalism, the editor of The Sunday Times spent over a decade fighting for compensation for the victims of thalidomide — a Nazi-developed drug whose postwar exploitation by British drug companies led to tens of thousands of children being born with serious defects. This is the story of how Sir Harold Evans fought and won the battle of his and many other lives. Friday, April 1 at 6:30 p.m.

Dheepan
dir. Jacques Audiard | France 2015 | 114 min | 14A
Palme d’Or, Festival de Cannes 2015
Toronto International Film Festival 2015
This powerful drama from director Jacques Audiard (A Prophet, Rust & Bone) follows a former Tamil Tiger soldier as he flees from the aftermath of the Sri Lankan civil war, convincing two fellow refugees to pose as members of his family so they can begin a new life in a Parisian suburb. Securing their position in a new country means making their false family real, but past violence and present threats combine to exert a rising pressure that is bound to explode. Saturday, April 2 at 7 p.m. 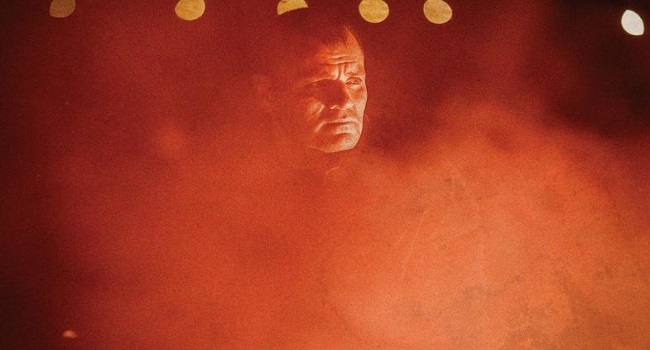 Frackman
dir. Richard Todd | Australia 2015 | 90 min. | 14A | Canadian Premiere
Once a diesel-chugging homesteader, Dayne Pratzky became an accidental activist when his determination to protect his property, and the local environment, from Australia’s fracking industry led to him becoming a standard-bearer of grassroots resistance to the multinational energy giants — and earning him the nickname “The Frackman” in the process. A story of love, tragedy, triumph and good old-fashioned Aussie cussing. Sunday, April 3 at 1 p.m.

Featuring a live video Q&A with the Dayne Pratzky.

The Uncondemned
dirs. Nick Louvel and Michele Mitchell | USA 2015 | 82 min. | 14A
This film tells the gripping story of a group of young international lawyers and activists who fought to have rape recognized as a war crime, and the Rwandan women who came forward to testify and win justice for the crimes committed against them. Both a real-life courtroom thriller and a moving human drama, this odyssey takes the crusaders to a crucial trial at an international criminal court, the results of which changed the world of criminal justice forever. Note: this film is screening as a work in progress. Co-presented with the University of Toronto Law Clinic. Tuesday, April 5 at 6:30 p.m.

Inside the Chinese Closet
dir. Sophia Luvara | the Netherlands 2015 | 70 min. | PG | North American Premiere
International Documentary Film Festival Amsterdam 2015
In a nondescript lounge somewhere in Shanghai, young men and women giggle as they eye prospective partners, visibly nervous about making the first move. But this isn’t your average matchmaking event, it’s a “fake-marriage fair,” where gay men and lesbian women meet in an attempt to make matrimonial deals with members of the opposite sex to satisfy social and familial expectations of heterosexual marriage. Touching and troubling in equal measure, this film explores the difficult decisions young LGBT individuals must make when forced to balance their quest for love with parental and cultural expectations. Wednesday, April 6 at 6:30 p.m.

Almost Holy – Closing Night Film
dir. Steve Hoover | USA/Ukraine 2015 | 100 min. | 14A | Canadian Premiere
In the year 2000 in the Ukrainian city of Mariupol, Pastor Gennadiy Mokhnenko founded the Pilgrim’s Republic, a home for abused, drug- and alcohol-addicted street kids who were the unseen victims of the fall of the Soviet Union. While Mokhnenko’s mission of mercy is laudable, the pastor’s methods have become a subject of much controversy: Mokhnenko himself freely admits to abducting homeless children and essentially imprisoning them to try and break them out of the deadly spiral of street life. Directed by Steve Hoover (Blood Brother) and executive-produced by Terrence Malick, this film is both an engrossing personal chronicle and a troubling, thought-provoking meditation on the question of means and ends. Thursday, April 7 at 7:30 p.m.