Among one of the finest figures in Spanish cinema, Alejandro Amenábar is a filmmaker who arrived on the scene during a new wave of Spanish films in 1990’s. His films often tell stories of struggle and darkness while effortlessly reconfiguring genre tropes and molding them into something new. Whether exploring themes of death or examining human connection, Amenábar has established himself as a gifted filmmaker.

Born in Santiago, Chile on March 31, 1972 to Hugo Ricardo Amenábar and Josefina Cantos, Alejandro Fernando Amenábar Cantos’ love of cinema was sparked at an early age. While growing up in Madrid his family never had a television, so Amenábar often went to the cinema while he was a student at Madrid’s Complutense University. Though he didn’t finish school, he met several individuals, such as writer Mateo Gil, news journalist Carlos Montero, and a young actor in Eduardo Noriega, who became key fixtures in his career. 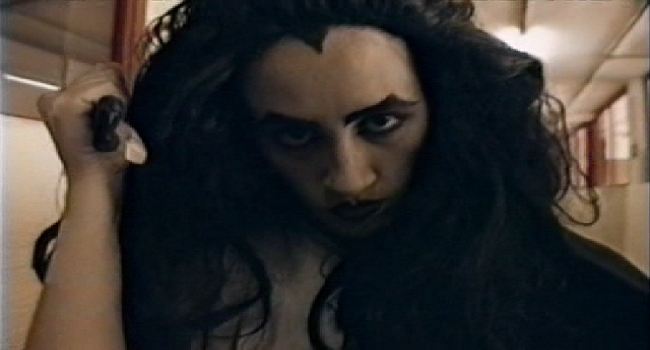 In the early 1990’s, Amenábar created several short films to hone his craft as a filmmaker. The shorts often played into his sensibilities regarding horror and suspense. One of his early shorts was Himenóptero, a film that not only explored voyeurism, but also one that he would adapt into a feature film years later. Another short, Luna, which starred Eduardo Noriega, revolved around a woman whose road trip goes horribly wrong when she picks up a hitchhiker. The short featured Amenábar, an accomplished musician, providing the tense score. Luna caught the attention of filmmaker José Luis Cerda who eventually served as a mentor to the young filmmaker and gave Amenábar the chance to make his first feature film.

With the aid of Cerda, Amenábar received funding to expand his short, Himenóptero, into a feature film called Thesis. The film followed a student who, while trying to finish a thesis on audio/visual violence, discovers the underground subculture of snuff films. Amenábar casted famed Spanish actress Ana Torrent in the lead role of Angelica, and filled out the supporting roles with the likes of Eduardo Noriega, Xabier Elorriaga, Miguel Picazo and newcomer Fele Martinez as a knowledgeable film buff. Working with a modest budget, Amenábar got the services of cinematographer Hans Burman and editor Maria Elena Sainz de Rozas to craft the film’s look and pacing.

Co-writing the script with Mateo Gil, the film didn’t just explore Angelica’s fascination, and disdain, with violence, but also weaved together an intriguing murder mystery. Thesis was Amenábar’s commentary on both the culture of violence in film and television, and the growing conflict within the Spanish film industry regarding feeding audiences what they want versus making films for the right reasons.

The success of Thesis gave Amenábar the chance to make a bigger film that played with the notions of reality and fiction. Open Your Eyes followed a playboy named Cesar (Eduardo Noriega) who is falls Sofia (Penélope Cruz), his best friend Pelayo’s (Fele Martínez) girlfriend, and is disfigured in a car accident. By focusing on the story of a wealthy man whose life comes crashing down, Amenábar was able to weave together an intricate character study with a mystery that had elements of science fiction.

The production began in late 1996 and found Amenábar using his slightly bigger budget, though still modest compared to most films of the time, to evoke a film that felt grand and intimate at the same time. The film’s use of makeup helped to blur the lines between the real world and the dream world. It offered a haunting look at a man who gets a chance at redemption while still haunted by the past.

The film made its premiere in December of 1997 in Spain where it was a critical and commercial success. Two months later, at the 1998 Berlin Film Festival, Open Your Eyes received plenty of international attention from critics and film festival goers. American actor Tom Cruise saw the film and secured the rights to remake the film. Collaborating with filmmaker Cameron Crowe, Cruise remade the film in 2001, and called it Vanilla Sky, and got Cruz to reprise her role from the original film. 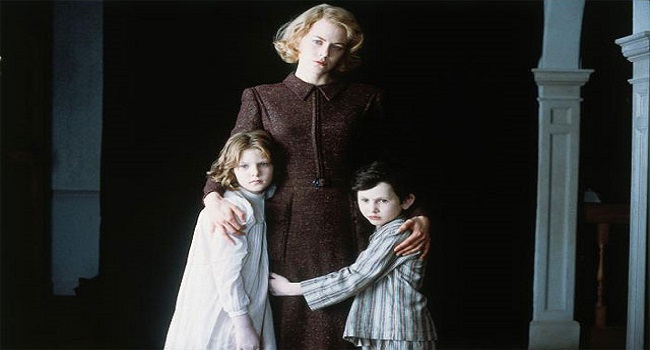 With two successful films, and a new visibility in the international film scene, Amenábar took some time off between projects to work on a script that became his first English-language film. Having made a deal with Tom Cruise, that paved the way for Vanilla Sky, Amenábar received funding from Cruise and his producing partner Paula Wagner to help get The Others made. A haunted house film of sorts, set in the aftermath of World War II, the story revolved around a woman living with her two ailing children, and a trio of new workers, in an isolated estate. Through Cruise’s backing and clout, Amenábar was able to get Cruise’s then-wife Nicole Kidman to star in the film and filled out the supporting roles with equally talented actors such as Christopher Eccleston, Fionnula Flanagan, Eric Sykes, and Elaine Cassidy.

Working with a $17 million budget, the film was shot largely in Britain with some locations shot in Northern Spain. Amenábar hired cinematographer Javier Aguirresarobe and editor Nacho Ruiz Capillas to help establish and maintain the film’s foggy and eerie atmosphere. Aguirresarobe largely shot many of the interiors with a mixture of dark and naturalistic lighting. Amenábar crafted the score himself which added to the suspense and drama in the film.

Following a lengthy post-production period, as well as some unfortunate publicity due to the Cruise-Kidman split, The Others finally premiered in August of 2001 in the U.S. to rave reviews. The film was Amenábar’s first major box office hit in America and grossed more than $200 million worldwide. The Others received a slew accolades including 8 Goya Awards including Best Film and Best Director award for Amenábar. Nicole Kidman also received awards from critics from Online Critics organizations and a Best Actress prize from the London Critics Circle.

The Sea Inside (review)

After The Others, Alejandro Amenábar decided to return to his native language as he and friend Mateo Gil worked together on the director’s next film, The Sea Inside. Based on the life story of Ramón Sampedro, the film documented how the man became paralyzed after a diving accident and goes on a 28-year campaign in which he fought for the right to end his life. Given the euthanasia subject matter, Amenábar had to construct his drama on a budget that was more modest than his previous film.

Casting Javier Bardem, one of Spain’s biggest stars, in the role of Sampedro; the film also included Belén Rueda, in a supporting role as an attorney working with Sampedro, while dealing with her own ailments, and Lola Dueñas, as a local woman who wants Sampedro to reconsider his decision. The production found Amenábar taking on more control as he not only handled the score but also took on the editing duties. Since the subject matter was a provocative one, Amenábar’s editing helped to ensure that both sides of the argument were presented with a sense of grace and respect.

The Sea Inside made its premiere at the 2004 Venice Film Festival where Bardem won the festival’s Volpi Cup award for Best Actor. The film was a major critical and commercial success and won an Oscar for Best Foreign-Language Film. The film also took home 14 Goya Awards including Best Film and Best Director for Amenábar. The Sea Inside helped to solidify Amenábar as one of Spain’s most important filmmakers.

Amenábar’s most ambitious film to date, in regards to both scope and cost, is Agora. Originally called Mists of Time, the film focused on the legendary philosopher/mathematician/astronomer Hypatia in 4th Century Egypt. Wanting to create a film that balanced her conflict between religion and science, Amenábar sought help from longtime collaborator Mateo Gil to write the script. Casting British actress Rachel Weisz for the lead role of Hypatia, the rest of the cast featured notable actors such as Max Minghella, Oscar Isaac, Rupert Evans, and Michael Lonsdale.

Working with a budget of $70 million, the film wasn’t just Amenábar’s most expensive project to date, but also one of most expensive Spanish productions. With the aid of production designer Guy Hendrix Dyas and the famed costume designer Gabriella Pescucci, Amenábar’s recreation captured the essence of 4th Century Alexandria. Rather than strictly explore the idea of religious fanaticism, Agora also included a love story, involving Hypatia and one of her father’s slaves, which was designed to allow the film to appeal to a wider audience. It was a decision that, some believed, hurt the film since Amenábar had not provided enough insight into the conflict between Jews and Christians during that period to support the complexities of the romance.

Agora made its premiere at the 2009 Cannes Film Festival and drew some controversy over its subject matter. While the film was praised for its production value and Weisz’s performance, there was criticism over the script and some of the storylines that occurred in the film. Agora had trouble securing worldwide distribution despite being a modest box office success in Spain. When it finally hit the international market the film did poorly as it grossed only $39 million worldwide.

Following a sabbatical between films, Amenábar was asked to make a short film for Estrella Damm beer that starred Dakota Johnson, Natalia Tena, and Quim Gutierrez. Vale involved a young man who meets and falls for an American woman. Although he doesn’t speak English and she doesn’t know Spanish, but the man manages to impress her through his knowledge of beer. It’s a short that offered a funny approach to the standard tropes found in beer commercials.

Amenábar’s latest film explores the world of regressive memories. Having read about the hysteria over Satanic cults in America, and how people suffered from regressed memories over these events, Regression is another Spanish-based production, though it was shot largely in Canada, that is set in Minnesota. The cast features Ethan Hawke as a detective leading an investigation involving the sexual abuse of a young woman played by British actress Emma Watson. The cast also features David Thewlis, Dale Dickey, David Dencik, Devon Bostick, and Lothaire Bluteau.

Gaining the services of David Cronenberg’s production designer Carol Spier, as well as several of his collaborators he had worked with in his previous films, Amenábar creates a film offers an unsettling glimpse into the sense of panic that comes with fears of the occult. In tackling sexual abuse and regressive memories, offers plenty of twists and turns to the proceedings.

Regression made its highly anticipated premiere at the San Sebastian Film Festival in Spain in September of 2015. Following its theatrical release in Spain and Britain a month later, the film’s original U.S. release through, the Weinstein Company was pushed to February of 2016. Receiving poor reviews, the film has only managed to gross $17 million worldwide, against its $20 million budget, so far.

Despite the outcome of his most recent work, Alejandro Amenábar is still an important figure in the world of Spanish cinema. Making films that stray away from conventions, he routinely offers engaging explorations into the fears and desires within humanity. Approaching his ideas with grace, and capturing the complexities of the human spirit like no other, Alejandro Amenábar remains a filmmaker who commands audience’s attention.